The chairman of Bosnia and Herzegovina’s Presidency Zeljko Komsic and Presidency Member Sefik Dzaferovic were greeted at the Kabul Presidential Palace with the highest state and military honors. 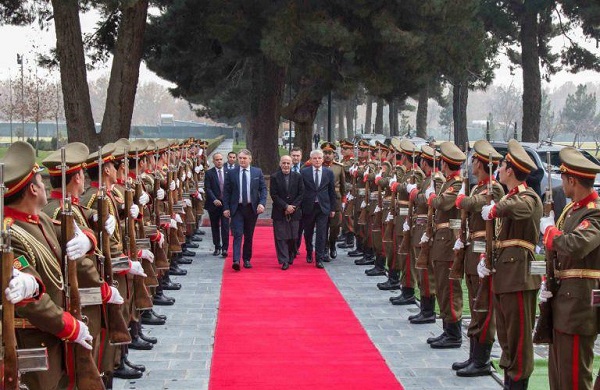