Iran's President Hassan Rouhani has expressed concern about the US plan to gain control over Syrian oil reserves, urging more cooperation from Turkey to help the government in Damascus. 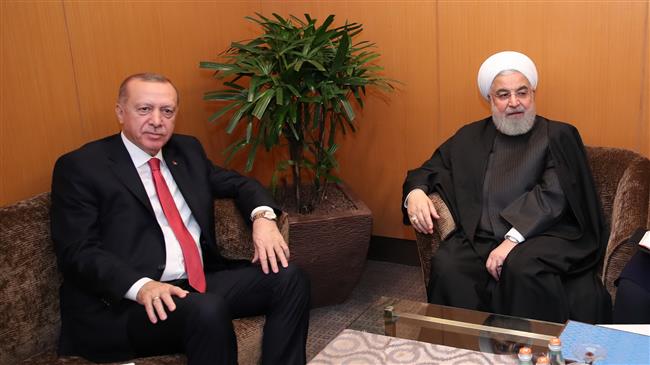 Rouhani made the remarks in a bilateral meeting with his Turkish counterpart, Recep Tayyip Erdogan, on Thursday on the sidelines of the Kuala Lumpur Summit 2019, where leaders from several Muslim countries have gathered to discuss the ongoing problems facing the Islamic world.
Discussing regional issues, especially the developments in Syria, with Erdogan, Rouhani expressed concern about an attempt by the United States to gain control of Syria’s oil wells, calling for more cooperation between Tehran and Ankara to help the government in Damascus.
Last month, Syria told the United Nations that the US had been occupying its oil fields and looting its resources as the world body remained silent on the act of misappropriation.