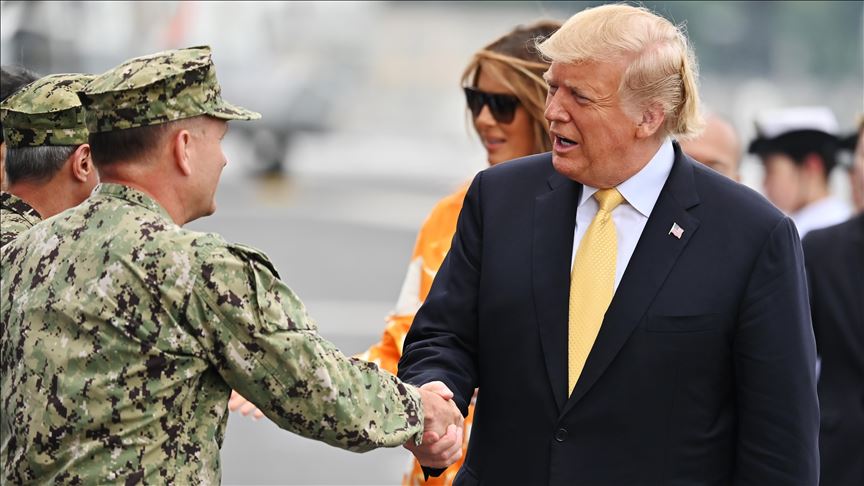 U.S. President Donald Trump on Wednesday urged a "significant" reduction in violence by Taliban in Afghanistan to allow peace talks to move forward.
The U.S. leader spoke at a meeting with his Afghan counterpart Ashraf Ghani on the sidelines of the World Economic Forum in the Swiss city of Davos, the White House said in a statement.
"President Trump reiterated the need for a significant and lasting reduction in violence by the Taliban that would facilitate meaningful negotiations on Afghanistan’s future," said the statement.
The Taliban, last week, after consultations in Pakistan, proposed a temporary cease-fire to pave the way for the signing of a deal with the U.S., a move disregarded by the Ghani-led Afghan government as “ambiguous” as it does not clearly call for a comprehensive cease-fire.
The offered brief period of reducing violence in the war-weary country has been seen as an important step to conclude a preliminary deal between Taliban and Washington.
A source privy to developments told Anadolu Agency the Taliban is reluctant to give-up their main leverage -- violence -- in talks and are only inclined towards “reduction in violence” with little or no explanation of what would this amount to.
After a marathon round of negotiations with the Taliban, Trump cancelled a proposed peace deal in September with the insurgents in the final moments for the killing of a U.S. soldier in Kabul.