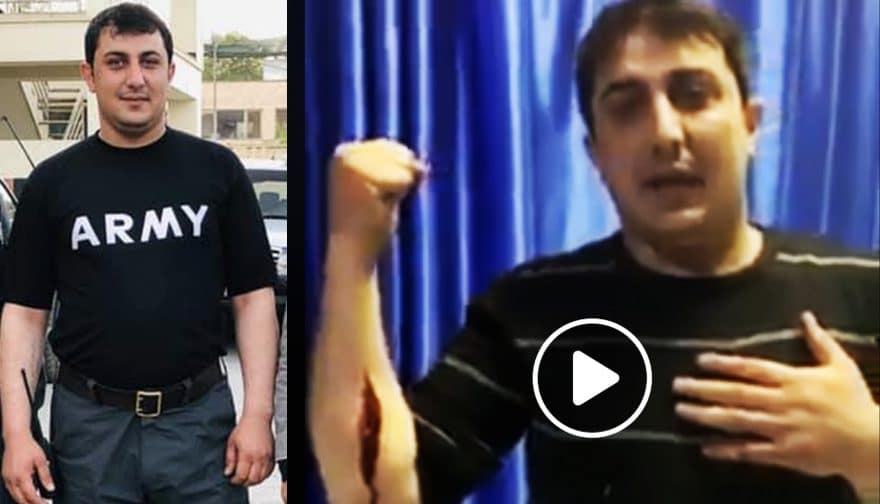 Humayoun Bakhshi, head of a police squad for the 11th police station got serious injuries while managing to detain popular criminal who was engaged in robbery activities in the Khair Khana area of Kabul.
Bakhshi appeared in a video clip late evening on Monday with bleeding hands and complained of the collusions and bribery within the police station he works for.
“Haji Najib Raghib the acting chief for the 11th police station supported by the house speaker, Fareed Salangi crimes discovery department head and Shad Mohammad are affiliated with the bandits and criminals”, Humayoun Bakhshi disclosed.
“In several cases, I detained armed robbers and criminals and took them to the police station, but they were released after paying bribes”, Bakhshi said.
I was injured while hunting Mashal a well-known criminal who was detained several times in the past, but never jailed.”, he said
The officials including Humayoun Bakhshi have been detained and the case is under investigation, the Ministry of Interior Affairs said in a statement.
The MOI statement further added that the officer who made the allegation was also suspended and detained for further probe and for disregarding disciplines.
This comes as that the increasing crimes and armed robberies in Kabul have sparked concerns among Kabul residents.
Tags:
Kabul Police Officer suffers horrific injuries while hunting for notorious bandits in the city
Source : Afghan Voice Agency(AVA)
Tuesday 28 January 2020 13:31
Story Code: 202112 Copy text available
Featured news
Coronavirus: 30 of 165 Cases Test Positive in Afghanistan
Intra-Afghan Negotiations: Progress Made over Talks Agenda, Nadery Says
Abdullah: Expected For Taliban To Also Call For Ceasefire In Afghanistan
Former UNAMA chief warns peace talks ‘will not be easy’
MFA: UNSC Support For Peace Talks With Taliban ‘Highly Encouraging’ For Afghanistan
Afghanistan- Taliban Against Formation of Interim Gov't
1
'No peace' in Middle East without end to Israeli occupation: Abbas
2
speech by the spokesman of the Ministry of Interior in connection with the recent developments in country