2 US troops, 1 Afghan solider killed in an insider attack 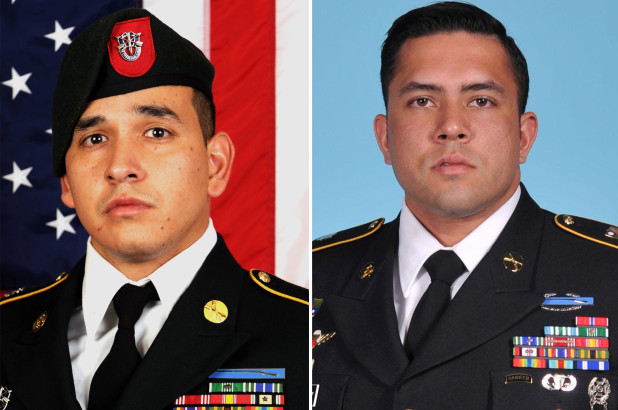 Two U.S. service members and an Afghan soldier were killed late Saturday by an attacker disguised as Afghan forces, the Afghan Defense Ministry and the U.S. have confirmed.
When an individual opened fire on Afghan National Army members and U.S. forces in Sherzad in the eastern Nangarhar province, one Afghan soldier was martyred and three injured, while two U.S. Resolute Support (NATO-led mission) soldiers lost their lives and six were injured, the Defense Ministry said Sunday.
A high-level delegation led by Chief of Army Staff Gen. Bismillah Waziri is investigating the incident together with a U.S. team, it added.
Such incidents will not harm “the friendship and spirit of cooperation” between Afghan forces and U.S. military forces, who will continue to fight terrorism together, said the ministry.
Col. Sonny Leggett, spokesman for U.S. forces in Afghanistan, also confirmed the incident in a statement last evening.
NATO forces in Afghanistan last month confirmed two U.S. service members were killed in a plane that went down in the Ghazni province. Earlier, on Jan. 11, at least two U.S. service members were killed and two wounded when their convoy vehicle struck an IED in the restive southern Kandahar province.
Last year, according to non-classified figures by the NATO mission, at least 20 U.S. soldiers were killed in Afghanistan.