More than 5,100 casualties were inflicted among the Americans, Afghans, and allies working on U.S.-funded reconstructions programs in Afghanistan, according to the first-ever official count. 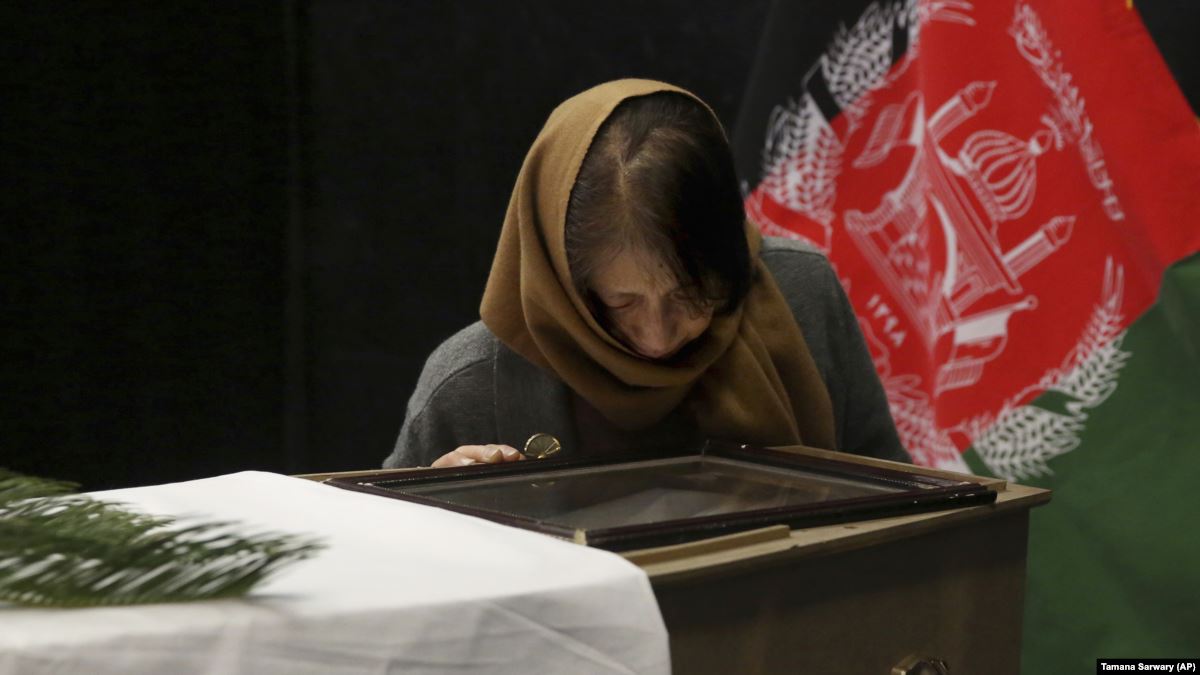 “For years, SIGAR has spent considerable effort to track the financial costs of reconstruction and stabilization activities in Afghanistan,” Special Inspector General for Afghanistan Reconstruction (SIGAR) John Sopko told Department of Defense officials in a report made public Tuesday.
“However, little effort has been made up to track the human costs—the number of people killed, wounded, or kidnapped—to accomplish these activities. This has left policy makers with an incomplete picture of the true cost of our efforts in Afghanistan,” Sopko said.
The U.S. military entered Afghanistan in 2001 after it was learned the radical Islamic Taliban government that then controlled the country had given sanctuary to al Qaeda and its leader Osama bin Laden while he planned the Sept. 11, 2001, attacks in New York and Washington, D.C. that killed almost 3,000 men, women, and children.
The financial costs to date of the reconstruction programs first launched in 2002 by President George W. Bush totals nearly $137 billion, according to SIGAR.
The human costs measured by SIGAR through December 31, 2018, have been immense as well:
Using multiple casualty-related sources, SIGAR conservatively identifies 5,135 casualties in Afghanistan associated with reconstruction or stabilization missions.
– The total reconstruction-related casualties include 2,214 killed and 2,921 wounded. The report also identifies 1,182 individuals who were kidnapped or went missing.
– During this period, at least 284 Americans were killed in Afghanistan while performing reconstruction or stabilization missions. This includes 216 U.S. service members and 68 U.S. civilians (government employees, contractors, and those with unknown statuses).
– An additional 245 U.S. service members and 76 U.S. civilians were wounded; 100 other allied service members were killed and 105 wounded; another 124 third country nationals were killed, 87 wounded and 59 kidnapped.
– 1,578 Afghans were killed, 2,246 wounded, and 1,004 kidnapped. These include 1,447 Afghan civilians killed, 2,008 wounded, and 1,003 kidnapped. Of the Afghans killed, 65 were bystanders.
– Data collected by SIGAR shows that the majority of casualties occurred during the height of the reconstruction efforts between 2008 and 2011.
– There were 818 casualties related to security activities: 346 killed and 472 wounded. This was the most dangerous activity for Americans. Of the 346 people killed while performing security related activities, 195 were Americans, including 154 U.S. service members and 41 U.S. civilians.
– There were 257 casualties related to humanitarian activities. Included in this category are casualties and kidnappings that occurred while providing health and education services to local communities, providing food aid, supporting displaced populations, and other activities aimed at alleviating the suffering of the Afghan people.
The figures made public by SIGAR do not include those killed, wounded or kidnapped during regular combat operations, counter-terrorism operations, attacks on convoys carrying non-reconstruction materials, or assaults on Afghan government sites.
More than a fifth of the total casualties, 1,527, occurred during attacks on road construction projects, while the smallest number, 50, came during reconstruction-related counter-narcotics operations.
Whereas the Taliban controlled all of Afghanistan in 2001 at the outset of the long-running U.S. involvement, the rebel force today dominates about half of a country that has been torn by war since before the Soviet invasion of 1979.
President Ronald Reagan directed lethal U.S. aid be given to anti-communist Afghan forces resisting the Soviet invasion, but the Taliban established control of the country following Moscow’s withdrawal in 1989.
The United States and Taliban are now engaged in negotiations in Qatar to end the conflict. President Donald Trump was elected in 2016 in part on his promise to end U.S. involvement in “endless wars” like the nearly two decade-long effort to free Afghanistan from the Taliban.
The reconstruction effort has been plagued by waste, corruption and inefficiency that SIGAR has documented since the watchdog operation’s creation by Congress in 2008. Sopko has led SIGAR since 2012.
Among SIGAR’s most recent investigations, it found a $3.1 million training compound in Heart, Afghanistan, constructed for 100 women members of the Afghanistan National Police (ANP) was completed without being connected to an electricity source and has not been used since its completion in 2018.
A similar compound near Jalalabad that cost $6.7 million to build has never been used due to fire hazards that were never addressed during construction.