Afghans anxious as election results are disputed after US-Taliban deal

Afghans fear that Tuesday’s disputed election results might throw the country back into turmoil, even after peace talks between the US and the Taliban reached a breakthrough this week. 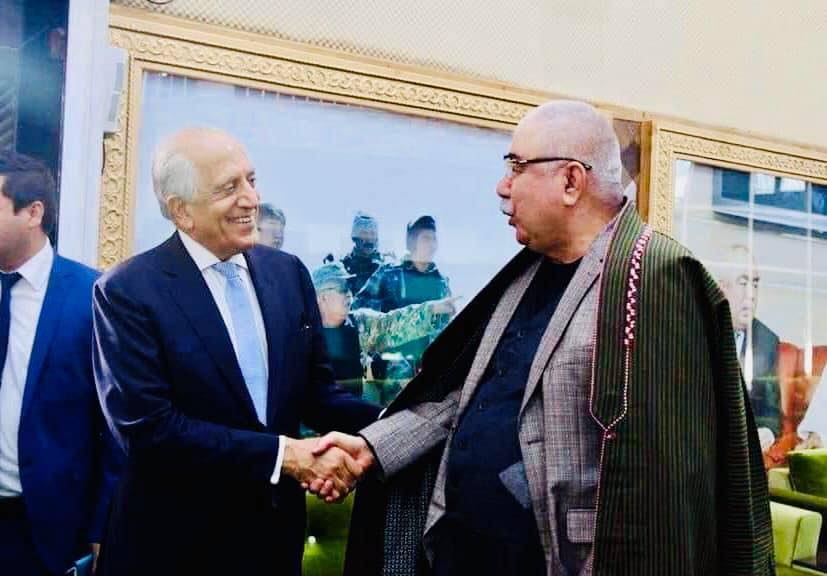 Ashraf Ghani was announced President on Tuesday for a second five-year term by the country’s independent election commission, after winning 50.64 per cent of the vote.
But his main opponent, Dr Abdullah Abdullah, who secured 39.5 per cent of votes, declared himself the winner.
“We consider the final results baseless, illegal, and we do not accept it,” Dr Abdullah said yesterday.
“We are the winners based on clean votes and we declare our victory. We will form an inclusive government.”
Protests broke out across the country on Wednesday.
The country’s first vice president Gen Abdul Rashid Dostum, who is accused of war crimes, urged supporters not to remain silent and to prepare for the formation of Dr Abdullah’s government.
Gen Dostum called the electoral commission "betrayers" and pledged support to Dr Abdullah and his government, which he said would be inclusive of all ethnic groups.
Security has been tense in the capital Kabul and other cities, with extra police and security forces on alert.
Mr Ghani’s office urged politicians to show restraint, and uphold and respect the Afghan constitution and lawful institutions, telling The National that “the electoral process is officially over".
Mr Ghani and Dr Abdullah withdrew to their palaces last night, which are near each other and both heavily guarded.
International leaders have not yet congratulated Mr Ghani on his appointment.
Neither the Taliban nor most of the presidential candidates have accepted the election results.
About 9.6 million citizens had registered to vote in the September 2019 presidential election, but turnout was as low as 1.8 million, with many doubtful of a fair election process, or fearing for their security.
But as the country is on the threshold of a US-Taliban peace deal, due to be signed at the end of the month and paving the way to direct talks between the militants and government, people are holding their breath.
“If the disputed election is not mediated we can expect further chaos and instability in the country,” the Afghan Analysts Network’s Ali Adili told The National.
“But even if this mediation happens, there is still a lack of a strong and credible mandate for Mr Ghani to lead negotiations [with the Taliban].”
Mr Adili said that even if the ballot counts were accurate, just over 900,000 votes in Mr Ghani’s favour is a small number for a nation of 35 million people.
In Afghanistan’s last presidential election, in 2014, similar arguments broke out between Mr Ghani and Dr Abdullah.
The US brokered a power-sharing deal that gave Mr Ghani the presidency, while Dr Abdullah was made Chief Executive.
But quarrels between both leaders have dominated their relationship.
“Considering that the ongoing peace process needs to be moved forward, we need intervention once again to unify Afghanistan," Mr Adili said. "This is a matter of necessity to keep the country stable."
Thousands of Afghans joined the wave of refugees flocking into Europe after the 2014 elections. This time, voter turnout has dropped from about 7 million to less than 2 million.
Tuesday’s electoral commission announcement came as a surprise after votes had been disputed for the past five months.
But the president’s appointment was timely, securing his position before the US-Taliban deal that will now see him lead negotiations with the militants once the US deal is signed.
Molly Phee, deputy to US envoy for the negotiations Zalmay Khalilzad, said that the disputed leadership could hamper the peace deal.
“It’s likely, of course, that these developments could add to the many challenges Afghanistan faces, including the challenges associated to the peace process,” Ms Phee said.
“While it is up to Afghans to decide the election outcome, our priority, and what we believe to be the priority of most Afghans, remains peace and the peace process."
Last year was Afghanistan’s most violent since the start of the war in 2001 and most Afghans put peace as a first priority.
“The next phase of the peace process is what’s most important,” Mr Adili said. “Our country needs to be unified and stable.”