The most vulnerable communities in Afghanistan include millions of internally displaced people and rural communities, said Human Rights Watch. 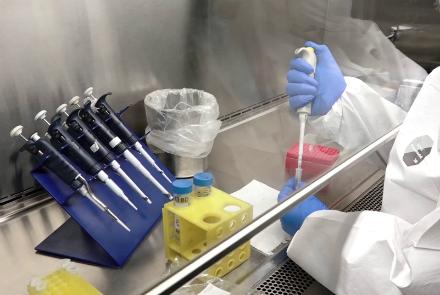 The Afghan government and Taliban “should urgently work together” with the UN and aid agencies to improve access to health care for the millions of Afghans most at risk from the coronavirus, Human Rights Watch (HRW) said on Monday.
The statement said that the most vulnerable communities in Afghanistan include millions of internally displaced people and rural communities where health services are already very limited.
“Cooperation between the government and Taliban could include such measures as ensuring access for humanitarian agencies throughout the country, maintaining and expanding emergency food pipelines, and coordinating public dissemination of information about COVID-19,” it said.
“The spiraling COVID-19 crisis puts millions of Afghans at risk, yet Afghan officials are consumed with infighting and the Taliban with adversarial posturing,” said Patricia Gossman, associate Asia director at HRW, who added that “the two sides need to work together with the UN and humanitarian agencies to ensure that aid reaches the whole country, or a dire situation will become catastrophic.”
As of March 31, 2020, Afghan officials have registered 174 cases of COVID-19. HRW says the actual number is "certainly much higher as more than 100,000 Afghans from infected areas of Iran have crossed the border since COVID-19 cases emerged there in January." The report cited the Afghan Public Health Ministry's warning on March 24 that half the Afghan population of 35 million could become infected, with more than 100,000 potentially dying from the disease.
Afghanistan is one of the poorest countries in the world, with an extremely weak public health infrastructure. The country already faces severe health problems, including communicable diseases such as tuberculosis, high rates of maternal mortality, and widespread malnutrition. These factors increase the likelihood that COVID-19 could quickly overwhelm Afghanistan’s fragile health system, the HRW report said.
Following the February 29 agreement between the United States and the Taliban on the terms for a US troop withdrawal and Taliban anti-terrorism guarantees, intra-Afghan negotiations were meant to begin on March 10. However, they were delayed over a controversial prisoner exchange and disputes over the government’s announced negotiating team of official and nongovernmental representatives. Since then, the Taliban and the Afghan government have begun discussions via videoconferencing to resolve the prisoner dispute.
Similar video-conferenced meetings should begin immediately on ways to coordinate on the COVID-19 crisis, Human Rights Watch said. They should include representatives from the Public Health Ministry, the Taliban’s health commission, the UN Assistance Mission in Afghanistan (UNAMA), and key international humanitarian agencies already providing health services in both government-held and Taliban-held parts of Afghanistan.
Among at-risk groups, detainees and prisoners already have extremely poor access to health care. On March 26, the Afghan government announced that 10,000 prisoners would be released, including women, children, and the elderly, but not those who could pose a threat to public safety or any imprisoned Taliban. HRW insists that upcoming negotiations should include expanding those releases – including prisoners in Taliban custody – ensuring adequate health care services for all prisoners and detainees, and reducing infection risks in these facilities.
Both the Taliban and the Afghan government have called on the public to observe protective measures. The Afghan government has also begun to impose lockdowns in Kabul and other cities.
However, few Afghans in urban areas, including the poorest, are able to fully observe social distancing or work remotely because they work in crowded conditions and depend on daily wages, says HRW. The Afghan government is building a 100-bed hospital in Herat, along with several new clinics for COVID-19 patients in provincial and district centers. But protective gear, ventilators, and other equipment are inadequate to meet expected needs.
HRW calls attention to the already weakened health care infrastructure in Afghanistan, and threats to health care workers:
"Access to health care in rural areas remains extremely poor, particularly in areas where fighting has been severe. Since 2002, despite the influx of reconstruction assistance, successive governments failed to prioritize health care. A March report by the US Special Inspector General for Afghanistan Reconstruction documented inadequate staffing, poor working conditions, and corruption as undermining health care delivery. US-backed Afghan special force units have raided clinics and assaulted and killed staff. The Taliban have attacked and closed clinics, threatened staff, and abducted vaccinators."
“Both sides need to end all attacks on health workers and medical facilities,” Gossman said. “The Afghan government, the Taliban, and international agencies need to quickly devise ways to cooperate on ensuring essential containment measures and health services protect all Afghans.”
Tags:
COVID-19
Tuesday 31 March 2020 12:38
Story Code: 206582 Copy text available
Featured news
325,000 Afghan refugees returned home over past four months: ministry
Turkey and Pakistan to ‘Enhance’ Bilateral Cooperation Against COVID-19
Afghanistan Reports 658 New COVID-19 Cases
Russia: 4 servicemen killed in helicopter hard landing
162 New COVID-19 Cases Reported in Herat and Balkh
US Welcomes Ghani's Pledge to Release Prisoners
1
Assassinations Using Motorcycles Increase in Kabul
2
China Records No New Cases First Time Since COVID-19 Outbreak
3
782 New COVID-19 Cases in Afghanistan, Highest So Far
4
UN Shares Message of Hope and Tolerance with Afghanistan on Eid Al-Fitr
5
COVID-19: Three New Hospital to be Built in Kabul for Coronavirus Patients
6
COVID-19: Uzbekistan on High Alert About Potential Coronavirus Source from Afghanistan
7
162 New COVID-19 Cases Reported in Herat and Balkh
8
Parwan Doctors Amid COVID-19: Stay Home to Protect Your Families
9
Afghanistan Reports 658 New COVID-19 Cases
10
Turkey and Pakistan to ‘Enhance’ Bilateral Cooperation Against COVID-19