Eight people were killed when a car collided with a truck in Afghanistan's western Herat province last night, an official said Sunday. 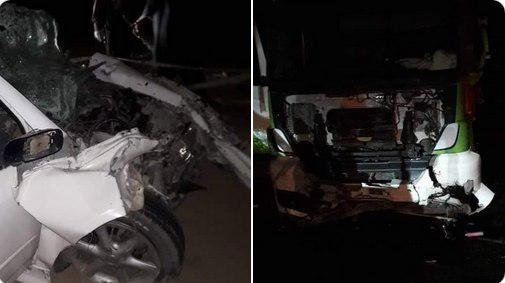