Recent removals of high-ranking officials at the Central Bank, Afghanistan’s main state bank, which were ordered by the newly appointed acting governor of the financial institution, Ajmal Ahmadi, have sparked criticism. The dismissed employees have described the bank's reasons for letting them as the trumped-up charges of a "kangaroo court." 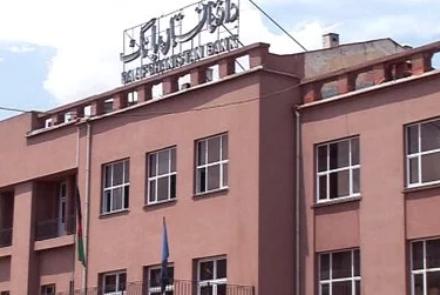 Based on Article Seven of the Da Afghanistan Bank Law, the leadership of the Central Bank, also called Da Afghanistan Bank, are members of the Supreme Council of the bank, which is composed of seven members, including the governor – who also heads the Supreme Council, the first deputy, and five other members (including a second deputy).
Article Seven of the law also says that all members of the Supreme Council shall be appointed by the president “with the consent of the parliament.”
Each member of the council can serve for a five-year term that is extendable, based on this law.
Article 12 of the law says that the governor, the first deputy governor, and any other member of the Supreme Council, shall be suspended or removed by the president.
On Monday, the deputy governor of the Central Bank, Wahid Nosher, in a Facebook post said he intended to resign from his post today (Monday), but was not allowed to enter his office this morning.
He called this a breach of administrative principles and said he wants clarification.
Nosher has a master’s degree from Birmingham University, Britain, in banking and he also has a master’s degree in economics from the International Islamic University in Islamabad, Pakistan.
On June 26, two other key officials of the bank--the second deputy governor, Qasim Rahimi, and the director of the finance department, Yunus Sadat--were removed from their posts the same way as Nosher.
In total, five officials of the bank have been removed from their posts in less than one week.
Ahmadi was introduced as acting governor of the Central Bank by President Ghani earlier in June and so far he has removed four high-ranking officials of the bank and has reappointed one official in a key post of the financial institution.
“The treatment of the deputy governors of the Central Bank is not legal and any forced treatment is illegal under Afghanistan’s laws and requires legal suing,” said Wahid Farzaee, member of Afghanistan’s Lawyers Union.
Nosher, who is member of the Supreme Council of the bank and the first deputy governor, was appointed to the post by President Ghani almost one and a half years ago, but, according to him, more than three weeks ago he was asked by Ajmal Ahmadi to resign from his position.
“The legal responsibilities of the president that are there to protect the public based on the Constitution have not been considered; on the contrary, they have allowed an acting chief to continue his illegal acts,” said Abasin Mal, the general manager of the procurement department of the bank.
Legal experts said that Ahmadi’s appointment as acting governor of the bank is in contravention of the law, as the Central Bank should be led by a full-fledged governor, not an acting chief.
“I remember three governors who were first introduced by the president and then went to the parliament and did not enter the bank until they got a vote of confidence (from lawmakers),” said Sayed Yunus Sadat, former head of finance department of the bank.
“An acting chief has no legal place in the bank, but he removed someone who has a legal place,” said Khalil Raufi, head of the civil society and human rights activists’ network.
Ajmal Ahmadi, who was accused of some “illegal acts” when he was minister of industry and commerce, was referred to the Attorney General’s Office by lawmakers, something that MPs said has been left untouched.
“The Afghan parliament decided to send him (Ahmadi) to the court and respond, but no attention was paid to this and besides that he went to the Central Bank and started extrajudicial works,” said Amir Mohammad Khaksar, an MP.
The Central Bank spokesman did not comment on the report.
Responding to the report, Ahmadi took to Twitter and said the four officials were removed based on the decision of the Central Bank’s Supreme Council “in connection with seven corruption cases, three notifications, and two warnings.”
He said the case of the “former” deputy governor Wahid Nosher was sent to the Presidential Palace.
Economic experts said the recent moves by the leadership of the bank will endanger its $9 billion savings, the value of the national currency, and the country’s banking system, if not prevented.
“It seems the recent changes have not been about improving the activity of the bank; there might be other goals behind it,” said Qais Mohammadi, an expert.
Tags:
Central Bank Dismissals 'Unconstitutional': Critics
Source : Afghan Voice Agency(AVA)
Tuesday 30 June 2020 08:12
Story Code: 213319 Copy text available
Ghani-Abdullah Term Expires in 93 Days: Critics
List Of Qatar Delegation ‘Not All-Inclusive’: Say Critics
Ronaldo answers critics to down dismal Dutch
Featured news
COVID-19: MoPH Reported 28 New Deaths In the Past 24 Hours
Taliban attacks kill 19 Afghan forces in Kunduz, Badakhshan provinces
Coronavirus warning from Italy: Effects of COVID-19 could be worse than first thought
Pakistani Militia Working With Taliban In Paktia Says Official
Nearly three-quarters of Afghan children want to return to school: survey
Oil prices down with record new virus cases in US state
1
Oil prices down with surprise rise in US crude stocks
2
Afghanistan, Pakistan Transit Traders Ask for Revision Of Regulations At Borders
3
MoF Demands Municipalities Report on Bread Program Finances
4
Pakistan Opens Angoor Adda, Kharlachi Crossings
5
COVID-19 Will Plunge Economy By 3%, Increase Poverty By 7% Says Minister Of Economy
6
Pakistan to resume Afghan exports through Wagah border crossing from Wednesday
7
Oil prices down with record new virus cases in US state