No plans for talks with US, says North Korea

North Korea on Saturday reiterated it has no immediate plans to resume nuclear negotiations with the United States unless Washington discards what it describes as "hostile” polices toward Pyongyang. 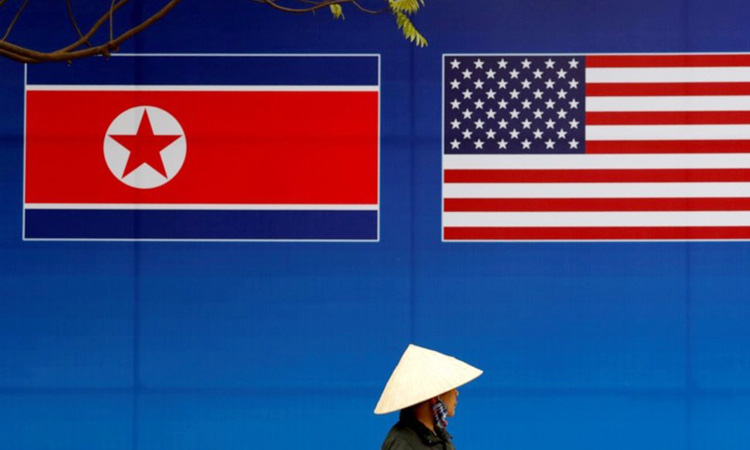 South Korean President Moon Jae-in, who had lobbied hard to help set up the now-stalled negotiations between Washington and Pyongyang, also expressed hope that Trump and Kim would meet again before the election in a video conference with European leaders on Tuesday.
Kim and Trump have met three times since embarking on their high-stakes nuclear diplomacy in 2018, but negotiations have faltered since their second summit in February last year in Vietnam, where the Americans rejected North Korean demands for major sanctions relief in exchange for a partial surrender of its nuclear capability.
Kim entered 2020 vowing to bolster his nuclear deterrent in face of "gangster-like” US sanctions and pressure. Choe’s statement followed a series of similar declarations by the North that it would no longer gift Trump with high-profile meetings he could boast of as his foreign policy achievements unless it gets something substantial in return.
Tags:
No plans for talks with US, says North Korea
Source : Afghan Voice Agency(AVA)
Saturday 4 July 2020 13:49
Story Code: 213653 Copy text available
Featured news
UAE firm to invest in 3,000 MW solar power project in Afghanistan
Women and children among 10 killed, wounded in Kandahar roadside bomb explosion
Afghanistan, US, Uzbekistan Discuss Trilateral Cooperation
Russia receives orders from 20 countries for ONE BILLION doses of world’s first Covid-19 vaccine
Pompeo Says He Warned Russia Against Offering Bounties for US Soldiers
21 Civilians Killed in 10 Days in Arghistan District of Kandahar: AIHRC
1
Loya Jirga decides that 400 hard-core Taliban prisoners should be released
2
9 members of a single family wounded in Taliban mortar attack in East of Afghanistan
3
US to cut troop levels in Afghanistan
4
Terrorists trained by Pakistani commandos in Afghanistan planning attacks in Kashmir: Report
5
Nabil: Pakistan Is Never Trustworthy
6
U.S. plans to withdraw more than 4,000 troops from Afghanistan by end of November
7
Intra-Afghan Talks to Begin on August 16 in Doha: State TV
8
Pakistan steadfast for inclusive Afghan settlement: FM
9
Taliban expresses readiness to hold peace talks with Afghan govt
10
Khalilzad Expects Prisoners' Release in 'Next Few Days'