The National Security Council (NSC) on Saturday released data on civilian casualties, saying 23 civilians were killed and 45 others were wounded in Taliban violence over the last week. 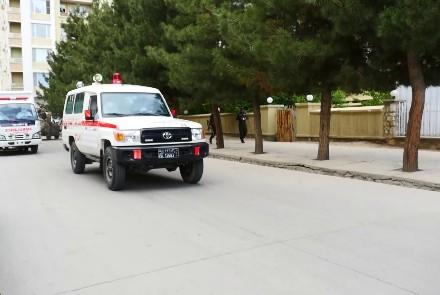 The Taliban has not responded.
Figures by the National Security Council indicate that 16 provinces of the country have witnessed 284 attacks by the Taliban in the last seven days.
NSC spokesman Javed Faisal said in a tweet that “the Taliban continue to take the lives of civilians in Afghanistan” and that “this violent phase of attacks on civilians can only deteriorate the already shaken trust on the will of the Taliban.”
According to data from the NSC, the violence happened in 16 provinces, including Kabul, Kandahar, Nangarhar and Herat.
This comes a day after an official of the Afghanistan Independent Human Rights (AIHRC) called for practical steps by the Taliban to reduce violence.
Abdullah Abdullah, head of the High Council for National Reconciliation who with a speech closed a consultative meeting on peace with envoys from 20 countries, on Thursday called the level of violence by the Taliban unacceptable and urged for efforts to move the peace process forward.
Statistics by AIHRC show that 86,823 civilians were killed and wounded in 2019 in Afghanistan.
But a Taliban spokesman has claimed that the attacks initiated by the group have reduced by 60 percent. In the US-Taliban deal, the Taliban committed to not attack cities and highways in the country.
Critics say that Taliban violence will continue at least until the US elections in November, because of the uncertainty of the fate of the US-Taliban deal signed in February.
Tags:
23 Civilians Killed Last Week: NSC
Source : Afghan Voce Agency(AVA)
Saturday 11 July 2020 13:19
Story Code: 214263 Copy text available
NSA Mohib Inaugurates Training Program for Afghan Pilots in US
Farahrud highway commander arrested on extortion charges
Turkey helping terrorists conduct false-flag chemical attacks in Idlib, Aleppo: Syria
Zarif: When will the US learn its lesson?
US fails to slam N Korea at UN General Assembly
Featured news
UAE firm to invest in 3,000 MW solar power project in Afghanistan
Women and children among 10 killed, wounded in Kandahar roadside bomb explosion
Afghanistan, US, Uzbekistan Discuss Trilateral Cooperation
Russia receives orders from 20 countries for ONE BILLION doses of world’s first Covid-19 vaccine
Pompeo Says He Warned Russia Against Offering Bounties for US Soldiers
21 Civilians Killed in 10 Days in Arghistan District of Kandahar: AIHRC
1
Schools to Reopen in Afghanistan on Aug 22: Gov’t
2
Thousands cross border after Spin Boldak opens for one day only
3
Polio vaccination campaigns resume in Afghanistan after coronavirus pause
4
180 Afghan Sikhs and Hindus Headed for India
5
Global coronavirus cases cross 20.2 million
6
Surging Cases of Polio Create New Health Challenge in Afghanistan
7
21 Civilians Killed in 10 Days in Arghistan District of Kandahar: AIHRC
8
India records over 60,000 new COVID-19 cases
9
Russia to start COVID-19 vaccine production in 2 weeks
10
Putin says Russia’s Health Ministry has approved world’s FIRST Covid-19 vaccine – his own daughter has been vaccinated