Amid widespread reports of corruption, the Afghan Ministry of Finance on Saturday called on the Kabul Municipality and other municipalities in the 32 provinces of the country to report back on the hundreds of millions of afghanis these entities were provided as part of the government’s relief package to provide free bread to the poor amid the pandemic. 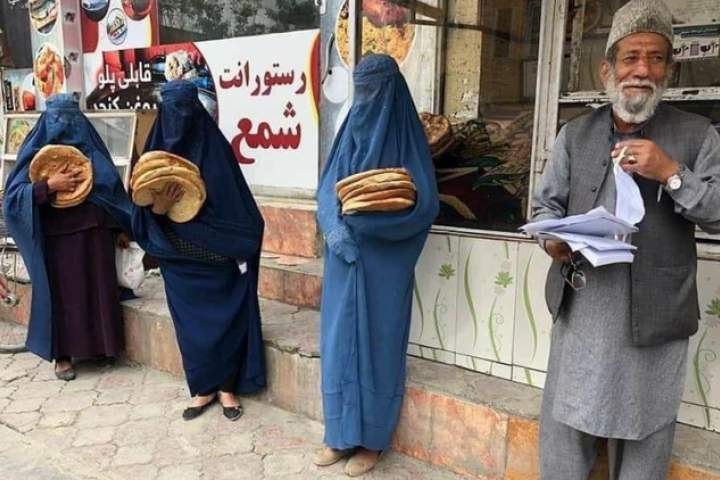 According to the Ministry of Finance, over 2.2 billion afs was allocated for the bread distribution funds for needy families across the country during the lockdown. The Ministry has called on all municipalities in 34 provinces to report back on their spending with clarity and transparency.
“The government institutions who have received the funds must be accountable and they need to report back on their expenditures with transparency,” said Shamroz Khan Masjidi, a spokesman for the Ministry of Finance.
From the 2.2 billion afs, 1.2 billion afs were taken by the Kabul Municipality.
Kabul Municipality was frequently criticized for corruption with bread distribution by the residents.
“In each case four, 30 or 35 percent were given to bakers in exchange for cooking the bread,” said Shahryar Fahim, the head of Kabul Procurement.
“Some part of the expenditures have not been completed-- with the completion of them, all expenditures will be cleared,” said Nematullah Barakzai, the head of the media department of Kabul Municipality.
Kabul Municipality has admitted that the account of some of these expenses is not clear yet.
Meanwhile, a number of residents in Kabul have reported large scale corruption and irregularities from the funds.
“They have sent the main part of the amount into their pockets. In some areas, they were distributing only two breads for each needy family,” said Bilal Ahmad, a resident in Kabul.
Source : Afghan Voce Agency(AVA)
Saturday 11 July 2020 19:34
Story Code: 214307 Copy text available
Featured news
Intra-Afghan Talks to Begin on August 16 in Doha: State TV
Afghanistan-Iran-Uzbekistan Transit Corridor Operational
Taliban expresses readiness to hold peace talks with Afghan govt
29% Increase in Afghanistan’s Exports through Air Corridor
Afghan negotiating team to leave for Doha Wednesday, talks to begin Sunday
Four killed as residents clash with Taliban tax collectors in Ghazni
1
OPEC daily basket price stood at $45.34 a barrel Wednesday
2
29% Increase in Afghanistan’s Exports through Air Corridor
3
Afghanistan-Iran-Uzbekistan Transit Corridor Operational