SIGAR: Up to 70% ‘Ghost Soldiers’ Within ANDSF Ranks

Despite shelling out up to $5 billion per year to sustain and develop Afghanistan’s security forces, the U.S. “lack accurate information about the actual strength” of the forces, said the latest quarterly report of the Special Inspector General for Afghanistan Reconstruction (SIGAR). 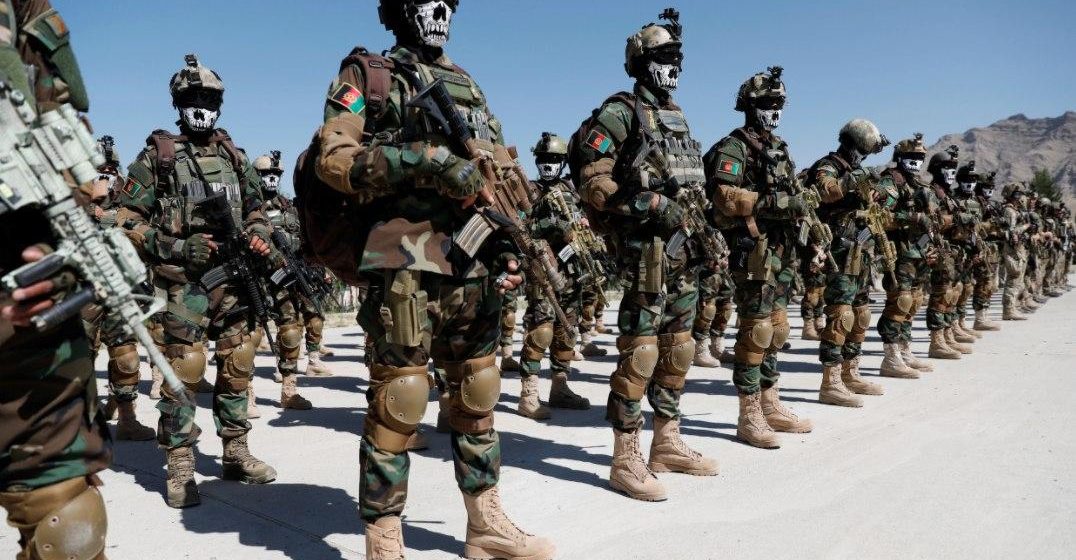 The report said that getting an accurate count of Afghan military and police personnel has always been difficult, with evidence that a recent Afghan government assessment in Kandahar, Zabul, Helmand, and Uruzgan reported that 50% to 70% of police positions were “ghost soldiers”—fictitious entries.
In 2013, before becoming president, Ashraf Ghani told Inspector General John F. Sopko in a meeting that the U.S. government was still paying the salaries of soldiers, police, teachers, doctors, and other civil servants who did not exist.
Oversight agencies say knowing exactly how many personnel serve in the Afghan National Defense and Security Forces (ANDSF) is critical for informing funding decisions, especially on the hundreds of millions of dollars per year the U.S. spends on ANDSF salary and incentive payments, the report notes.
Inspector Sopko had also told members of the House Oversight and Government Reform Committee “every dollar we spend now on training, advising, and assisting the Afghans, and on oversight must be viewed as insurance coverage to protect our nearly trillion-dollar investment in Afghanistan since 2001.”
Failure to ensure that these funds are spent as effectively and efficiently as possible and used as intended, Sopko added, “decreases the chances that Afghanistan will become a secure and stable nation, thus risking all the U.S., the Afghan government, and our allies have invested to date.”
One of the enduring impediments to overseeing U.S. funding for the ANDSF has been the
questionable accuracy of data on the actual (“assigned,” as distinct from authorized) strength of the force.
Since 2011, SIGAR and DOD’s Office of Inspector General (DOD OIG) have reported that neither Afghan nor U.S. authorities could verify the accuracy of the ANDSF personnel data or payroll systems.
As a consequence, “neither the United States nor its Afghan allies truly know how many Afghan soldiers and police are available for duty, or, by extension, the true nature of their
operational capabilities,” SIGAR noted in 2015.
SIGAR’s Investigations Directorate found that the Afghan Ministries of Defence and Interior had officials who created fraudulent payroll records for non-existent ADSF personnel. Even the auditors responsible for oversight had been negligent and resisted follow-up audits.
Tags:
SIGAR: Up to 70% ‘Ghost Soldiers’ Within ANDSF Ranks
Source : Afghan Voice Agency(AVA)
Saturday 1 August 2020 11:41
Story Code: 215905 Copy text available
Afghanistan Reconstruction Programs Suffered More Than 5,000 Casualties in 16 Years
SIGAR Report: “Enemy-Initiated Attacks” Increased in Late 2019
SIGAR: US officials have ‘routinely’ lied over Afghan war
Afghan Gov’t Fails to Extend Control Over Districts: SIGAR
U.S. effort to stabilize Afghanistan is $5 billion failure, watchdog says
Featured news
Khalilzad Heads To Doha, Says Everyone Watching Progress In Negotiations Closely
Peace before foreign troops withdrawal: Pakistan PM’s security advisor
Kabul, Islamabad pave way for new era in bilateral relations
Zamarai Paikan Sentenced To 3 Years In Prison
Afghan, German Govt to Hold Annual Aid Meeting
Emir of Kuwait Dies At 91
1
Political Deputy spoke at the Ministerial Meeting of Foreign Ministers of Landlocked Developing Countries on the sidelines of #UNGA