Clashes between Afghan special forces and the assailants who attacked Nangarhar prison in the provincial capital, Jalalabad on Sunday, have continued for over 14 hours. 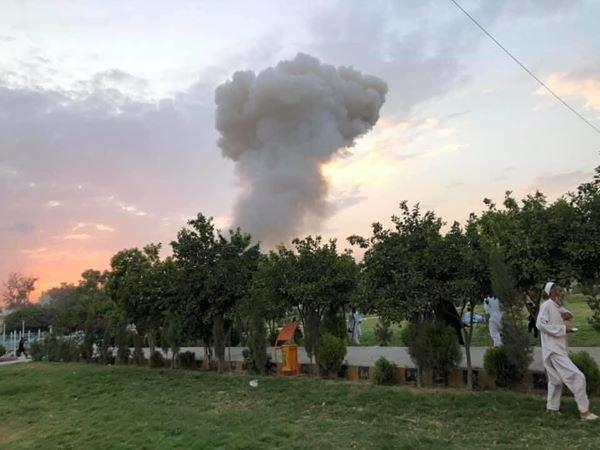 On Monday, Nangarhar governor’s spokesperson Attaullah Khogyani said that preliminary information indicates that 21 civilians have been killed so far, and 42 people have been injured.
The attackers targeted the Nangarhar Prison in PD4 of Jalalabad at 6:40 pm on Sunday. The assailants first detonated a car bomb, a Vehicle-borne Improvised Explosive Device (VBIED), at the entrance to the prison to breach the compound.
The remaining assailants then launched an attack on the prison and clashed with the security forces.

Khogyani said that security forces had killed three attackers so far, and the gun battle continued with shots being heard.
Taliban denied involvement and said that the “attack and shooting in Jalalabad” was not done by them.
However, Islamic State in Khorasan Province (IS-K), claimed responsibility via a statement on the official news website, Amaq.
Khogyani said security forces have managed to secure the prison checkpoint and are proceeding cautiously to eliminate the other attackers.
Around 700 detainees had managed to flee from the prison, but local authorities said that most have been re-arrested.
The prison was known to hold at least 1,500 people, including those who were affiliated with the Taliban and the IS-K.
Monday 3 August 2020 11:44
Story Code: 215980 Copy text available
Featured news
Iran Discusses Afghan Peace With Uzbek, German Officials
Kabul Governor: Decreased Security In Northern Kabul Threatening Capital
Afghanistan’s Soil Will Not be Used to Harbor Extremists: Abdullah
Afghanistan: 15 of 279 Cases Test Positive for COVID-19
Blast in Daikundi Kills 14 Civilians: Interior Ministry
World Bank Gives $100M To Spur Economic Recovery
1
Afghan, Pak Officials Discuss Abdullah’s Upcoming Pakistan Trip
2
Political Deputy spoke at the Ministerial Meeting of Foreign Ministers of Landlocked Developing Countries on the sidelines of #UNGA