Salaries Of 197 High-Ranking Officials, Employees Suspended Due To Non-Registration Of Assets

The Assets Registry office has announced that the salaries and allowances of 197 high-ranking government officials and employees will be suspended due to the non-registration of their assets. 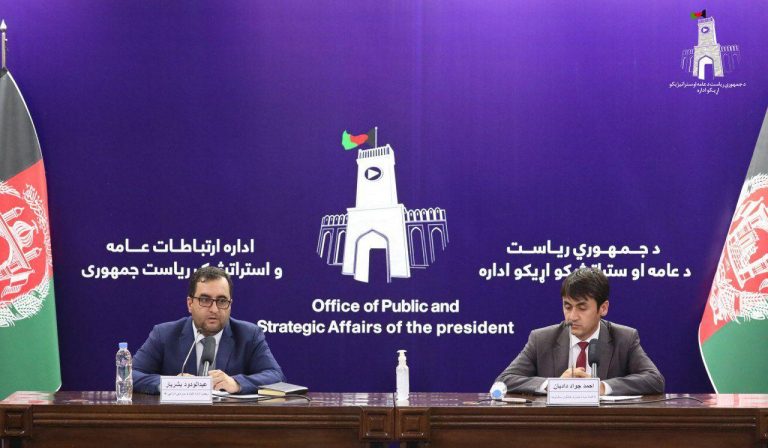 Abdul Wadod Bashiryar, head of Assets Registration and Verification Office, said on Tuesday, that the salaries and benefits of 172 members of the House of Representatives, 12 members of the Senate, two ministers, four governors and six deputies, will be affected.
The government officials who have not registered their assets, will be suspended based on the decision of the cabinet and the expiration of the three-week deadline.

Bashiryar added that this process will start on Thursday.
Ahmad Javad Dadban, a member of the Special Anti-Corruption Secretariat, said that most high-ranked government officials and employees had registered their assets.
Dadban added that a regulation has been drawn up to register, distribute and review the assets of the officials and employees.
He said that with the passage of this regulation, the process of registration and review of assets will be further improved.
A few days ago, however, the Cabinet announced that many high-ranking government officials had not yet registered their assets as directed.
Tags:
Salaries Of 197 High-Ranking Officials, Employees Suspended Due To Non-Registration Of Assets
Source : Afghan Voice Agency(AVA)
Wednesday 5 August 2020 10:11
Story Code: 216135 Copy text available
Featured news
Coronavirus: 30 of 165 Cases Test Positive in Afghanistan
Man Nabbed for Smuggling Drugs in Kabul
29 Soldiers Killed in Taliban Attacks Amid Doha Talks
Atmar, Wilson discuss peace process, urgent need for ceasefire
Intra-Afghan Negotiations: Progress Made over Talks Agenda, Nadery Says
Abdullah: Expected For Taliban To Also Call For Ceasefire In Afghanistan
1
Afghanistan: 22 New Positive Cases of COVID-19 Reported
2
MoPH: Use Of Face Masks Can Prevent Possibility Of Second COVID-19 Outbreak
3
U.S House of Representatives Demand Afghan ‘Women Protection’
4
Officials Lay Foundation to Build Counter Narcotics Canine Center in Kabul
5
Germany to Take In Over 1,500 Migrants Drooping in Greece
6
Afghanistan: 125 New Positive Cases of COVID-19 Reported
7
Public Health Ministry warns of possible second wave of COVID-19
8
One Security Force Member Killed in Balkh Suicide Bombing
9
Afghan Mothers' Names To Be Printed On Children's National ID Cards
10
Coronavirus: 30 of 165 Cases Test Positive in Afghanistan