Dozens of French Muslims are training with the Taliban in north-western Pakistan, raising fears of future attacks following the shooting deaths of seven people in southern France allegedly by a man who spent time in the region, Pakistani intelligence officials say. 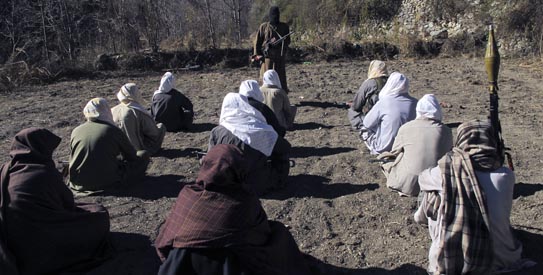 Authorities are investigating whether Mohamed Merah, the Frenchman of Algerian descent who is suspected of killing three Jewish schoolchildren, a rabbi and three French paratroopers in Toulouse this month, was among the training group, the officials said on Saturday Down News reported.

Merah was killed in a dramatic gunfight with police Thursday after a 32-hour standoff at his Toulouse apartment. The 23-year-old former auto body worker travelled twice to Afghanistan in 2010 and to Pakistan in 2011, and said he trained with al-Qaeda in the Pakistani militant stronghold of Waziristan.

Approximately 85 Frenchmen have been training with the Pakistani Taliban in the North Waziristan tribal area for the past three years, according to the intelligence officials, who spoke on condition of anonymity because they were not authorized to talk to the media. Most of the men have dual nationality with France and North African countries.

The Frenchmen operate under the name Jihad-e-Islami and are being trained to use explosives and other weapons at camps near the town of Miran Shah and in the Datta Khel area, the officials said. They are led by a French commander who goes by the name Abu Tarek. Five of the men returned to France in January 2011 to find new recruits, according to the officials. It’s unclear whether Merah was among that group.

“Anyone, who goes abroad to follow ideological courses that lead to terrorism will be criminally punished. The response will be prison,” he said in a campaign speech Saturday.

A senior French official close to the investigation into the shootings told The Associated Press on Friday that despite Merah’s claims of al Qaeda links, there was no sign he had “trained or been in contact with organized groups or jihadists.”

The claim could not be independently verified.

The Pakistani Taliban, which is closely allied with al Qaeda, has carried out hundreds of attacks in Pakistan over the past several years that have killed thousands of people.

Taliban leaders say they want to oust the US-backed government and install a hard-line Islamist regime. They also have international jihadi ambitions and trained the Pakistani-American who tried to detonate a car bomb in New York City’s Times Square in 2010.

The main sanctuary for the Pakistani Taliban is the restive tribal region along the Afghan border, especially North and South Waziristan. Despite a large military offensive in South Waziristan in 2009, the government has very little control over the area.

Western officials have been concerned for years about Muslim militants with European citizenship visiting north-western Pakistan, possibly training for missions that could include terror attacks in Europe where they would act as “lone wolves” or on the orders of others. In 2010 alone, dozens were believed to be there.

Merah told police during the standoff that he was trained “by a single person” when he was in Waziristan, not in a training center, so as not to be singled out because he spoke French,” the director of the DCRI intelligence service, Bernard Squarcini, told the Le Monde newspaper.

Merah was questioned by French intelligence officers last November after his second trip to Afghanistan, and was cooperative and provided a USB key with tourist-like photos of his trip, the French official close to the investigation told the AP.

While he was under surveillance last year, Merah was never seen contacting any radicals and went to nightclubs, not mosques, the official said. People who knew him confirmed that he was at a nightclub in recent weeks.

Merah told negotiators during the police standoff that he was able to buy a large arsenal of weapons thanks to years of petty theft, the official said.