Children were excited to be back at school and with their friends again after the summer break. But their joy turned to terror yesterday when three schools were targeted by bombers in and around the Afghan city of Jalalabad. 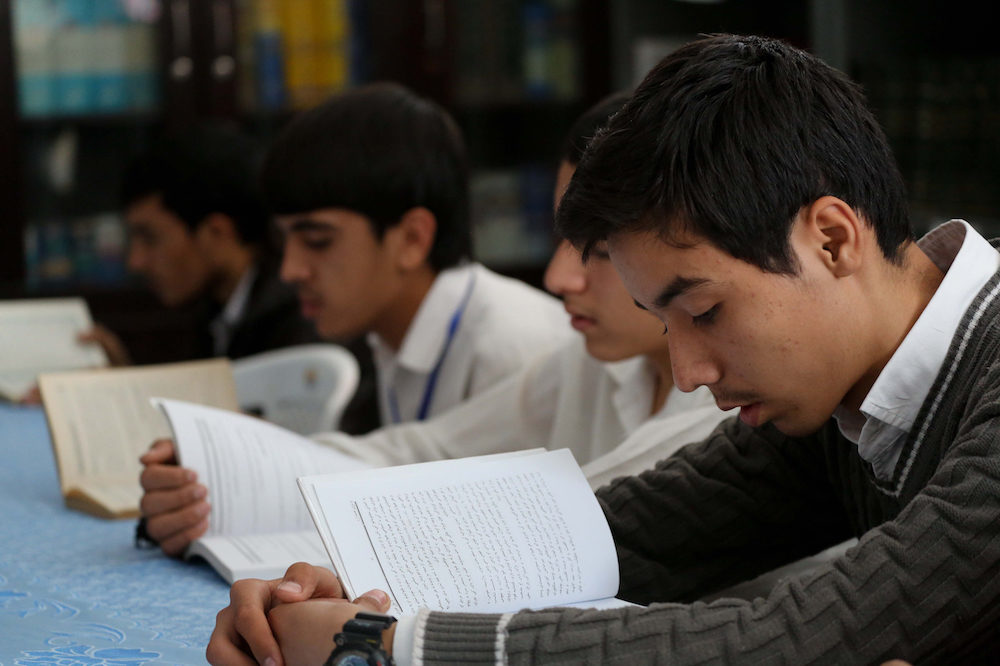 AVA- A double bombing outside a girls' school killed a 12-year-old boy and injured several others who had rushed to the scene. A bomb went off outside another girls' school and an explosive device was found next to a third school.
The blasts are the latest in a series of attacks on education in Nangarhar province. In July, at least 11 people were killed when gunmen stormed an education department compound as teachers were delivering exam results.
The first explosion yesterday happened early in the morning outside Bibi Hawa girls' school in Behsood district outside Jalalabad. There were no students there at the time.
Then about an hour later at 8.30am there was a blast in front of Malika Omaira girls' school. As students from a neighbouring boys' school and locals gathered at the scene, another bomb exploded, provincial governor spokesman Ataullah Khogyani told AFP news agency.
"We went with other boys to see what had happened after we heard an explosion near the girls' school," 12-year-old Elyas told the source from his hospital bed.
"Another explosion hit us and I was wounded (in the leg). I saw girls crying, rushing out of school. They were all in a panic."
Explosive experts then located and diffused an improvised explosive device placed by terrorists next to a third school.
The United Nations said Nangarhar schools have been specifically targeted by the Taliban and ISIS Terrorist group in retaliation for operations by government and allied forces in the area.
“The bombings of schools and the killing of children are among the most egregious and repulsive acts of terrorism which violate international humanitarian law,” said Tadamichi Yamamoto, the UN Special Representative for Afghanistan.
The UN Assistance Mission in Afghanistan (UNAMA) called on the attackers to comply with international humanitarian law and stop targeting civilians, including schools.
Schools are meant to be safe places for children to learn. Afghanistan was one of the first nations to sign the Safe Schools Declaration - a commitment to secure schools and prevent attacks and military occupation of education buildings.
Their world is campaigning for all permanent members of the United Nations Security Council to back the declaration and send out a message that children should be safe when they are at school.
The Nangarhar attacks were also condemned by Protecting Education in Insecurity and Conflict (PEIC), a programme of the Education Above All foundation.
“Another attack on education, another innocent young life that has been lost to this horrific tragedy," said Professor Maleiha Malik, Executive Director of PEIC.
“The deliberate and continued targeting of students, teachers and educational institutions is an active attempt to destabilise Afghanistan, destroy its infrastructure, and weaken its ability to ever truly recover."