Afghanistan to Iraq: How US invasions make Americans rich

Recently, several US soldiers pleaded guilty to stealing money earmarked for Afghanistan reconstruction, but it’s not the first time Americans have been caught stealing from other countries’ pockets. 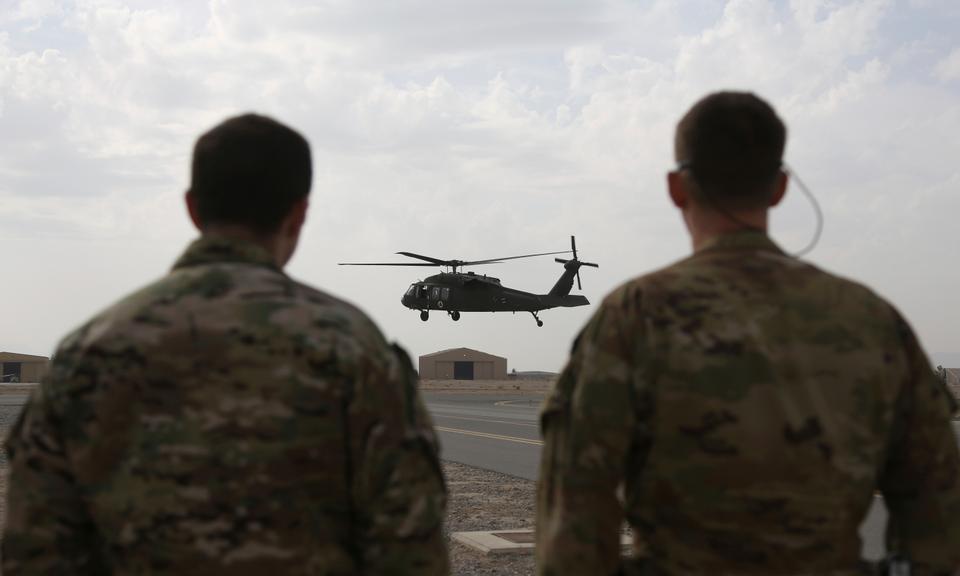 A former member of US special forces stationed in Afghanistan admitted that he collaborated with four other colleagues to steal an estimated $200,000 from government funds earmarked for humanitarian projects in Afghanistan, from constructing roads and bridges to building schools and medical clinics.
William Todd Chamberlain, a former Sgt. 1st Class, committed his crimes during his deployment in Afghanistan from July 2009 to January 2010, pleading guilty on Monday. He faces a maximum sentence of 15 years in prison and additional punishments in the form of fines and forfeiture.
“Theft of US government funds in a war zone is a serious crime that weakens our national objectives in Afghanistan,” said John F. Sopko, US Special Inspector General for Afghanistan Reconstruction (SIGAR), in a statement.
“The message of this case is loud and clear: SIGAR and our law enforcement partners will pursue justice — no matter how long it takes,” Sopko added.
But, in the face of many corruption cases involving US military personnel working overseas from Iraq to Afghanistan, Kuwait and other locations, Chamberlain’s prosecution appears to be a game of whack-a-mole.
From Afghanistan to Iraq, bribery and fraud have been found to be disturbingly common practice for US military personnel.
Since 2005, more than 100 US military officers and soldiers have been convicted of stealing, bribery, fraud and contract-rigging crimes, which were valued at more than $50 million during their overseas deployments, according to the Center for Public Integrity.
But $50 million could be just a small portion of the actual damage done to Afghan and Iraqi reconstruction efforts. US officials who investigate potential crimes of US staff, contractors, civilians and other allied forces’ personnel, think that the total loss could be in the billions.
Sopko’s predecessor, Stuart Bowen, who had probed US wrongdoing in Iraq from 2004 to 2013, was pessimistic about prosecuting culprits across American missions.
Bowen reportedly said that “the fraud … among US military personnel and contractors was much higher” than prosecuted cases, which are probably less than half of the fraud committed by American troops in Afghanistan.
He also thinks that the prison sentences are “the cost of doing business for them.”
“I suspected that many of these guys that we caught were perfectly happy to go to prison for a few years,” Bowen concluded. According to him, the convicted US military personnel have already placed their stolen money in bank accounts overseas in countries like Greek-Cypriot-led south Cyprus and Jordan, which have flimsy banking regulations.
To add insult to injury, many of the perpetrators had received honours and awards before they were charged for corruption-related crimes.
US investigations also revealed that many fraud incidents in Iraq and Afghanistan happened under the full knowledge of military personnel’s spouses and relatives.
How America made Afghanistan worse
After the September 11 attacks, Washington invaded Afghanistan and Iraq, and has had a military presence in these countries since the early 2000s.
Outside of the countless loss of human life and human rights violations committed by the US, various corruption cases have indicated that a number of American companies ended up being awarded lucrative contracts.
“What you can make out of these [recent] wars is staggering. It’s an opportunity for anybody, even a noncommissioned officer, to become very rich overnight,” said Glenn MacDonald, a retired Army Reserve Major and Editor-in-Chief of the website MilitaryCorruption.com.
After spending more than two trillion dollars in Afghanistan over nearly two decades, the facts on the ground are not so promising for either the US or Afghan people.
Eradicating the Taliban was a core driver of the US invasion in 2001 but the group still controls much of the country. Most Afghans live in poverty, violence still reaches record highs and, ironically, the Taliban may soon find itself in a power-sharing agreement with the central government in Kabul. It sits at the table with the US and other powers for negotiations while President Ashraf Ghani’s government is marginalised.
The US war on Afghanistan killed more than 2,400 American troops and nearly 40,000 Afghan civilians according to recent estimates.
A recent leaked report crafted by the SIGAR also showed that the US public has constantly been misled by Washington in an unwinnable Afghan war.