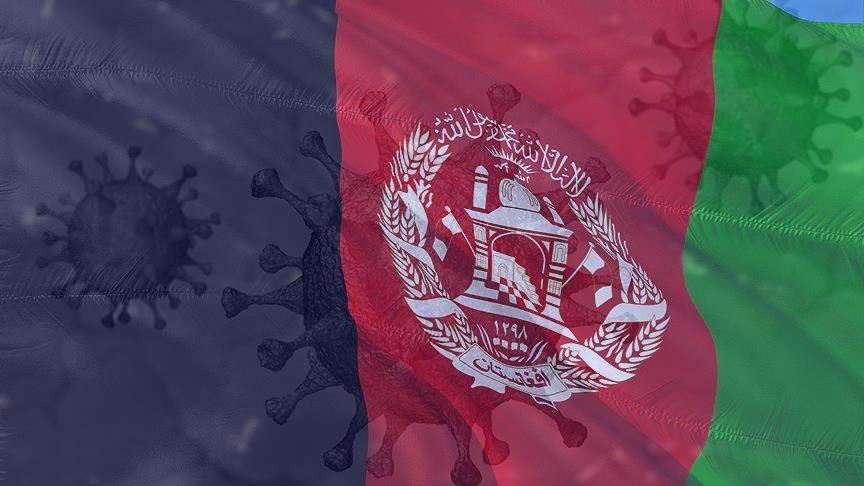 One of its neighbors was the epicenter of the coronavirus outbreak, another is among the world’s worst-hit countries, and a third’s tally is in the thousands and rising daily.
Yet, somehow, Afghanistan’s COVID-19 numbers remain surprisingly low.
In the country of over 35 million, there were just over 521 cases by Saturday -- nearly 50 days after its first case was reported on February 24.
Afghanistan faced up to the COVID-19 challenge almost three months after the new coronavirus, since named SARS-CoV-2, was first detected in China last December.
The threat came knocking on the country’s western border with Iran, when thousands of panicked Afghan refugees started returning, voluntarily or otherwise, with evident symptoms of the COVID-19 disease.
Over recent days, thousands more have come back from eastern neighbor Pakistan, which had nearly 5,000 cases of its own by Friday, without any health checks or other safety measures.
The only question now is whether Afghanistan’s low count is a case of deliberate underreporting or an indictment of the country’s fragile health system?
The answer, though, is anything but simple.
Deception or ineptitude?
Habib Meerkhail, a senior journalist and analyst based in the capital Kabul, believes the government has been transparent in its handling of the crisis.
He feels President Ashraf Ghani and his aides have not downplayed the threat posed by the coronavirus "unlike some Central Asian neighbors such as Tajikistan and Turkmenistan."
"The Afghan government, right from the president to health officials in provinces, and the state-run media are constantly emphasizing the gravity of the situation," Meerkhail told Media.
"So, they are clearly not belittling the threat, or underreporting suspected or confirmed cases in the country."
However, Dr. Kabir Saifi, who has served as a director in Afghanistan’s public health sector, says the number of infected people in the country could be much higher than the official figure.
"Firstly, the resources needed for nationwide testing are not there, nor is the expertise required to deal with a challenge of this magnitude," he said in a talk with Media.
"Also, the public still has doubts and concerns, and there is a general non-seriousness in following the recommended preventive measures. All of this is contributing to the underreporting of cases in Afghanistan."
Needs and threats
At a news conference earlier this week, Fada Mohammad Peykan, the deputy minister for public health, said a little over 3,000 suspected COVID-19 patients have been tested in the country so far.
The revelation laid bare Afghanistan’s limitations in the fight against the pandemic. According to the Health Ministry, the country is desperately short on virus testing kits and needs thousands more.
A ministry spokesman, Waheedullah Mayar, said there is a dire need for ventilators as well, along with millions of protective kits for health workers, and over 50 million liters of disinfectants.
However, according to him, the one thing the ill-equipped and severely underfunded health system does not need is the threat posed by the raging insurgency in the country.
"The Taliban have promised us safe passage in areas under their influence or control. We are yet to encounter any direct obstacles as they have offered support for our efforts to curb the spread of the coronavirus," Mayar told Media.
His comments are backed by the fact that, unlike the group’s opposition to anti-polio campaigns, Taliban propaganda websites have an abundance of material highlighting their efforts against COVID-19, mostly through self-styled teams of health workers.
Porous borders pose risks
Mayar said around 200 of Afghanistan’s initial coronavirus cases were all directly traced back to Iran, illustrating the risk posed by unchecked cross-border movement.
According to the UN Migration Agency, more than 100,000 Afghans were deported or have voluntarily returned since the outbreak in Iran, where there were over 68,000 cases and more than 4,200 deaths as of Friday.
Similarly, around 50,000 Afghans returned from Pakistan this past week after two main border crossings were opened for four days.
An Afghan government official told Media that Pakistani authorities allowed thousands of stranded Afghans to cross over without proper immigration formalities or virus safety measures.
"The process was managed properly on the first day. On the second day, Pakistani authorities allowed thousands of Afghans to flood the crossing point," said Attaullah Khogyani, a spokesman for the governor of Afghanistan’s Nangarhar province.
He said the Nangarhar government had set up special facilities at the Torkham border crossing to screen suspected COVID-19 patients.
Pakistani officials have rejected the allegations, insisting they only opened the border on Kabul’s request.
While returning citizens made up most of Afghanistan’s initial cases, Health Ministry spokesman Mayar said local transmission was now a greater cause for concern as an increasing number of new patients had no recent travel history.