Russian president's top envoy for Afghan settlement said 2019 will be "decisive" in the peace process. 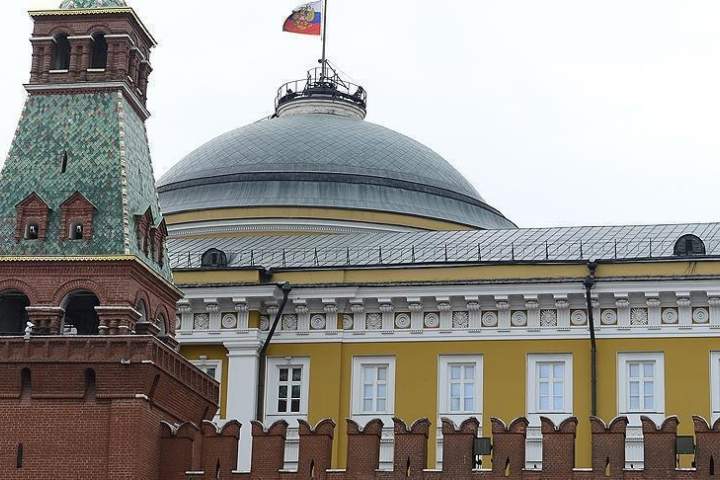 AVA- "The peace process is developing rapidly," Zamir Kabulov told an interview with Turkish Anadolu Agency, prior to his meeting with U.S. counterpart Zalmay Khalilzad scheduled for Feb.22 in the Turkish Ankara.
"This gives us hope that this year we will make good progress in the real restoration of peace in Afghanistan. It will not be easy; there will be ups and downs. It is important for us that the process steadily gets into the mainstream, from which it will be difficult to knock it out," he said.
Efforts to find a lasting settlement to the Afghan conflict have gathered momentum in the last six months with many players, including Russia and the U.S., getting more engaged in the peace process.
Moscow has hosted two peace conferences within 4 months between the Afghan government and the Taliban aimed at national reconciliation in the war-torn country.
The U.S. envoy for Afghanistan has made frequent visits in the countries involved in the peace process.
Khalilzad "makes titanic efforts to agree on a worthy U.S. exit from the protracted war," Kabulov said.
"But it's easy to say and hard to do. The withdrawal involves a number of conditions imposed by the Taliban movement. On the part of the U. S., too, there are concerns that the transient withdrawal of troops will create a vacuum, a danger. However, those 14 thousand of U.S. military who are in Afghanistan do not fight. Fighting, mostly, their air forces. If these 14 thousand go home, the situation will not change significantly," he said.
Kabulov suggested that the U.S. could take the Soviets' Afghan pullout experience as a model.
"There is a very good experience of the Soviet withdrawal from Afghanistan. After their departure, the government of Najibullah held out for another 3 years on its own, because the USSR created a stable regime, armed forces, and security agencies. It would have resisted further if at least some limited economic assistance had continued," he said.
Moscow supports the talks between Washington and the Taliban because, without their agreement, it will be very difficult to find an appropriate Afghan settlement, he said.
Elections that can change everything
Kabulov recalled that the Taliban do not recognize the acting Afghan government, saying that the issue could be solved if someone respected by the group comes to power.
However, Kabulov had his doubts about whether the militant group would allow holding elections in the territories under its control.
"Everyone would like to know that. Ideally, we would like them to take part in the elections," the diplomat said.
The major obstacle for the Taliban's participation in the presidential race is that the group rejects the legacy of about a quarter of the articles of the Afghan Constitution, Kabulov said.
"They would not want to recognize the government elected under this Constitution. But it is all right, it is just a phase. We must be patient and give them a chance to negotiate, any advice, even friend’s one can be perceived as pressure. Let them choose their own leadership," Russian envoy said.
He said the fact that the militant group controls about 70 percent of Afghanistan does not tell much about the elections for "in Afghanistan, for centuries, those who controlled the capital and the largest administrative centers and regions, ruled the country."
For the Afghan presidential hopefuls, Kabulov spoke highly of the country's former interior minister, Mohammad Hanif Atmar.
"Everyone in Afghanistan knows that this is a prominent politician with a broad base of political support. He has one undeniable advantage: he held high positions in both the government of Hamid Karzai and the current administration. He is brilliant, by Afghan standards, top manager, who knows the problems of Afghanistan and knows how to deal with them," Kabulov said, adding that Atmar also has good relations with Washington.
Russian-Taliban relations
Russia views the Taliban as "a part of Afghan society, with their political and ideological opinions and beliefs which considers their country as occupied by foreigners who pose a threat to both, the country and religion", Kabulov said.
"They represent a very wide range of Afghans, their main support – the rural population, which is religious, accustomed to ideas of Islam and its laws," he said.
The memory of the Taliban's ruling works against them now, Kabulov said.
However, he vowed, "the current generation of the Taliban leadership understands and openly declares that it does not require a monopoly because the attempt of any force to claim a monopoly is a wide gate to the civil war".
Kabulov also said "the time has come to lift the sanctions" on the Taliban for "limiting the diplomatic maneuver of the Taliban movement, will not help promote national reconciliation".
He said Russia is ready to support a possible move to remove the sanctions, but the country will not lead such an initiative at the UN Security Council.
He said Russia's number one priority is to facilitate "the Afghan reconciliation", adding that peace in Afghanistan is "a safety assurance" for Russia itself and its allies.
Kabulov said Moscow will host more meetings on the Afghan settlement but only "when we feel that there will be an effective output, not for show".