Taliban insurgents killed at least 57 Afghan police officers and soldiers in four attacks in northern Afghanistan on Monday, a day after more than 60 people were killed in a separate barrage, Afghan officials said. 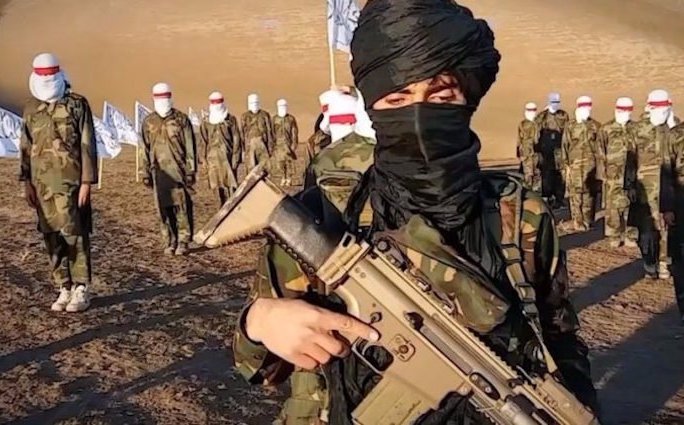 AVA- The insurgents carried out simultaneous assaults on six outposts in the strategic Dasht-e-Archi district of Kunduz province just after midnight, killing seven police officers and 13 soldiers, according to Mullah Akhtar Kaker, the local police commander in the district.
Other officials confirmed the violence in Kunduz province with slightly different casualty figures. The district governor, Nasruddin Saadi, put the death toll at 19, with an additional 22 officers and soldiers wounded.
The other attacks in the north were at widely scattered locations. The insurgents killed 14 police officers and militiamen in Samangan province and 17 other police officers and soldiers in Sar-i-Pul province.
In the fourth episode, in Jowzjan province, Taliban insurgents Monday captured the government center of Khamab district, according to Faqir Mohammad Jowzjani, the provincial police chief.
Seven members of the Afghan security forces were killed while others fled to the district police headquarters nearby, where fighting continued to rage, according to Babur Ishchi, the head of Jowzjan’s provincial council.
“Ninety police officers and soldiers are surrounded by the Taliban,” Ishchi said. “They have not received any support yet.”
Khamab became the latest of more than 20 of Afghanistan’s 407 government districts to fall to insurgent control. Forty or more other districts are listed by the US military as “insurgent influenced,” and many others as contested.
The attacks Monday were the latest in a series of setbacks for Afghan government forces.
On Sunday, 40 members of the Afghan security forces were killed in the northern province of Baghlan when Taliban fighters overran a military base. That same day, seven people in the capital, Kabul, were killed as a suicide bomber attacked a commemoration. And in Wardak and Herat provinces, an additional 19 police officers and soldiers were killed in two assaults.
The military base captured by the Taliban on Sunday was the second major base to fall to the insurgents in Baghlan province in the past month and the third in northern Afghanistan during the same period.
Casualties among the Afghan security forces have been rising in recent years as they take on most of the fighting after the withdrawal from battlefields of the majority of international coalition forces.
Detailed figures are not publicly known, however, as the US military began in late 2016 to classify information on casualties among the Afghan security forces at the request of the Afghan government.
The attacks Monday in Kunduz province were carried out by an elite Taliban force known as the Red Unit, according to Saadi, the district governor.
“Insurgents captured a security post of local police and after seizing equipment in the post they burned it down,” Saadi said.
The attack was pushed back by security forces, he added.
The Taliban Red Unit is believed to be equipped with night-vision goggles and sniper rifles, and it mostly attacks at night.
Saadi said the security force members killed included local police officers and soldiers who were part of the Afghan National Civil Order Police, an elite paramilitary force that was recently made part of the Afghan national army.
The attack in Samangan province occurred at an outpost of security forces in the Dara-i-Suf Payin district, according to Sidiqullah Azizi, spokesman for the provincial governor.
In the episode in Sar-i-Pul province, the Taliban attacked the Sayyad district and the provincial capital, called Sar-i-Pul City, from different directions, capturing a security outpost late Sunday, said Mohammad Zahir Wahdat, the provincial governor.
He said that 17 members of the security forces died but that the Afghan air force arrived Monday morning.
“They carried out airstrikes on Taliban positions,” Wahdat said. “Thirty-nine Taliban fighters were killed, and 14 others were wounded in Afghan airstrikes and the battle.”
In another episode in Sar-i-Pul, the Afghan army abandoned a military base in the Balghali area of the city of Sar-i-Pul after a predawn Taliban attack, said Sayed Sarwar Hussaini, a police spokesman.
Hussaini said, “Reinforcements were on their way to the area when they came under Taliban ambush and security forces abandoned their base when they did not receive reinforcements.”