National Directorate of Security (NDS) said that 10 Taliban insurgents were killed, injured and detained including their commanders and 3 important hideouts of the group were destroyed in Kunduz. 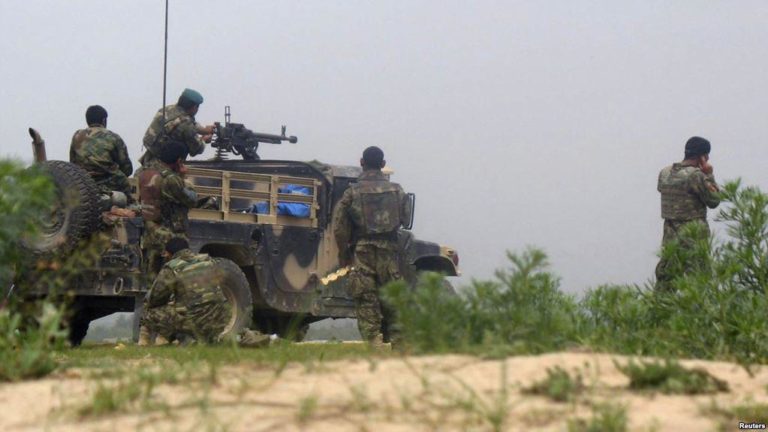 NDS in a statement said that ANDSF including Special Forces of 209 Unit of NDS and commando backed with air support of NATO forces carried out a joint operation on Taliban hideouts in Sajani village, Chahar Dara district of Kunduz province on Friday.
As a result of the operation, 3 important hideouts of Taliban group were destroyed, 3 insurgents were killed and 3 others including a group commander identified as Ajmal were wounded, the statement read.
The statement further noted that 4 fighters including a member of Taliban red unit identified as Zalmai were arrested.
Zalmai was member of Qari Shafaq group, a Taliban red unit commander.
According to NDS statement, 3 weapon caches of Taliban group were detected and destroyed in the operation.
More than 100kg of explosives materials, 9 light and heavy weapons, 125 hand grenades, 100 light and heavy shell rounds, dozens of various mines and a huge number of military equipment were seized by security forces, the statement added.