The United States has threatened action against judges from the International Criminal Court if they act against US soldiers who served in Afghanistan. 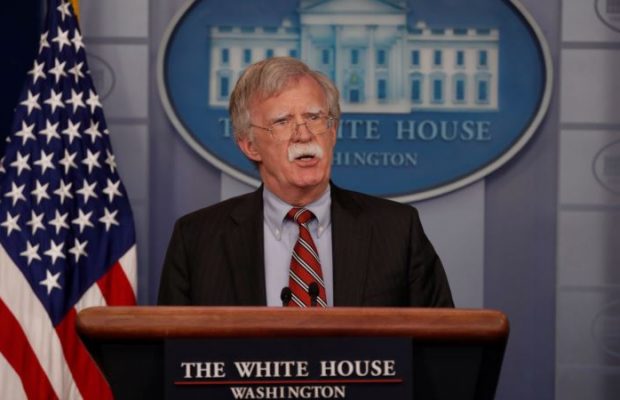 AVA- National security adviser John Bolton denounced the legitimacy of The Hague-based court, which was created in 2002 to prosecute war crimes and crimes of humanity and genocide in areas where perpetrators might not otherwise face justice.
An ICC judge is expected to soon announce a decision on a request from prosecutors to formally open an investigation into allegations of war crimes committed by Afghan national security forces, Taliban and Haqqani network militants, and US forces and intelligence in Afghanistan since May 2003.
The accusations against US personnel include torture and illegal imprisonment.
Mr Bolton said the US would use "any means necessary" to protect Americans and citizens of allied countries, like Israel, "from unjust prosecution by this illegitimate court".
"The International Criminal Court unacceptably threatens American sovereignty and US national security interests."
The White House said that to the extent permitted by US law, the Trump administration would ban ICC judges and prosecutors from entering the United States, sanction their funds in the US financial system and prosecute them in the US criminal system.
"We will not cooperate with the ICC," Mr Bolton said, adding that "for all intents and purposes, the ICC is already dead to us."
It was an extraordinary rebuke decried by human rights groups who complained it was another Trump administration rollback of US leadership in demanding accountability for gross abuses.
"Any US action to scuttle ICC inquiries on Afghanistan and Palestine would demonstrate that the administration was more concerned with coddling serial rights abusers - and deflecting scrutiny of US conduct in Afghanistan - than supporting impartial justice," said Human Rights Watch.
The American Civil Liberties Union, which represents several people who claim they were detained and tortured in Afghanistan from 2003 to 2008 and could be victims or witnesses in any ICC prosecution, said Mr Bolton's threats were "straight out of an authoritarian playbook".
"This misguided and harmful policy will only further isolate the United States from its closest allies and give solace to war criminals and authoritarian regimes seeking to evade international accountability," the ACLU said.
The ICC did not immediately respond to a request for comment.
Since its creation, the court has filed charges against dozens of suspects including former Libyan dictator Muammar Gaddafi, who was killed by rebels before he could be arrested, and Sudanese President Omar al-Bashir, who is accused of charges including genocide in Darfur.
Al-Bashir remains at large, as does Ugandan warlord Joseph Kony, who was among the first rebels charged by the court in 2005. The court has convicted just eight defendants.