Zarif: Iran Replacing UAE with Others in Trade

Iranian Foreign Minister Mohammad Javad Zarif said on Monday that the confrontational policies of Abu Dhabi have made Tehran reroute its major trade and finance channels from the UAE to other countries of the region. 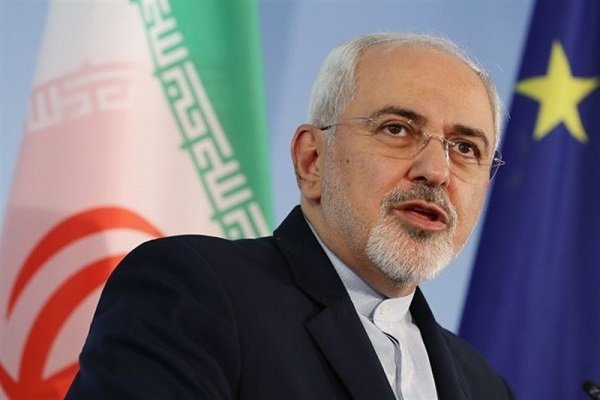 AVA- Iranian Foreign Minister Mohammad Javad Zarif said that ties with the UAE have drifted into an “unacceptable” lane due to the strategic mistakes the tiny Arab country’s leaders have made over the past years.
“The UAE government, despite maintaining vast economic ties with Iran, has entered an unacceptable confrontational phase in its relations with the Islamic Republic due to the political and strategic mistakes of its leaders,” Zarif told a parliament session in Tehran today.
Zarif said Iran was taking the necessary diplomatic measures to ensure Abu Dhabi would no longer violate the rights of Iranian traders working in the country.
At the same time, he said, Tehran was laying the required financial groundwork in other countries in the Persian Gulf region to replace the UAE and persuade its economic interests through those nations instead.
“That means countries that have better relations with Iran and maintain a more realistic view of regional developments will replace the UAE in trade ties with our country,” Zarif stated.
Back on September 30, Iranian Foreign Ministry Spokesman Bahram Qassemi categorically dismissed what Bahraini and Emirati foreign ministers claimed at the United Nations General Assembly to be Iran's interference in other countries' internal affairs.
The Iranian diplomat described the repeated claims of Bahrain and the UAE foreign ministers in the UN General Assembly as valueless, empty and product of their illusive minds.
He further asserted that the principle of respectful and good neighbourliness has always been among the basic priorities of Iran's foreign policy, as the Islamic Republic has never pursued interference in other countries’ affairs as its policy.
"Convergence of Bahrain and UAE foreign ministers as well as Saudi Arabia with the Zionist regime’s anti-Iran policies will not only legitimize the Zionist regime’s crimes but also will strip themselves of legitimacy," he said, noting that such wrong policies will make building mutual confidence among regional Muslim states difficult.
Qassemi recommended the UAE and Bahraini officials to abandon blindly pursuing the policies running counter to regional and Islamic world’s interests.
"They had better think about Tehran initiatives for ensuring regional security, stability and cooperation and minimizing tensions, instead of levelling baseless and empty accusations," he said.
Instead of addressing the internal problems caused by sectarian and discriminatory policies of the monarch in Bahrain, the unpopular rulers of the country repeatedly project with accusing Iran as a supporter of the dissidents in their country.
The UAE and Saudi Arabia, which both are ruled by unpopular autocracies, have been supporting Bahrain in cracking down on pro-democracy protesters and accusing Iran of meddling in internal affairs of their countries.