‘No One Survived.’ A Taliban Attack Kills 32 at Remote Afghan Post.

Afghan border security troops were asleep inside their remote post in southern Afghanistan early Friday when a Taliban infiltrator climbed a guard tower. Moments earlier, a lone sentry had left the post to wake his replacement. 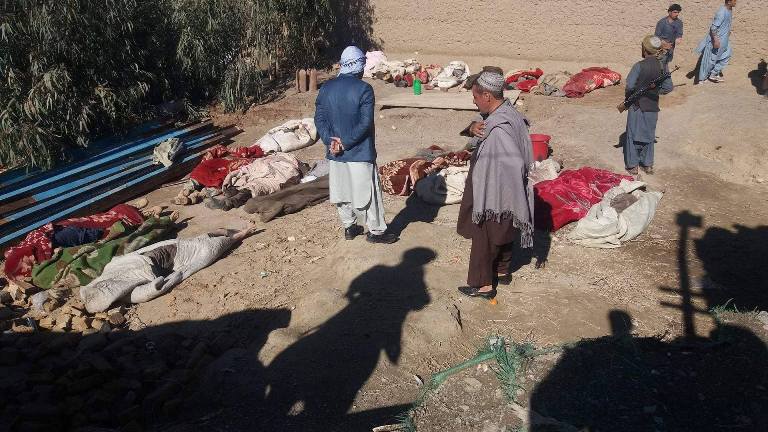 AVA- As the new sentry climbed the tower, he was shot dead by the insurgent hiding inside, officials in Kandahar Province said Saturday.
Then, moments later, Taliban fighters rammed a stolen police Humvee packed with explosives through the entrance of the base, they said. Once inside, the attackers shot and killed security troops who had survived the initial explosion.
All 32 men posted at the base died, said Khalid Pashtun, a member of Parliament from Kandahar.
“No one survived,” he said.
Officials said the insurgents escaped after looting the base, in Spinboldak district, across the border from the Pakistani city of Quetta some 60 miles south, where the Taliban leadership is based.
Mohammad Yousuf Yunasi, a member of the provincial council, confirmed the attack but said he had few details. He said such ambushes are possible because Taliban fighters are often better equipped than border security forces. Some, he said, have night-vision goggles.
“This is the main reason the police suffer high casualties,” Mr. Yunasi said.
Officials said at least one of the Taliban attackers, the Humvee driver, was killed.
The attack on the small base was the latest in a series of deadly Taliban ambushes of Afghan security outposts. Fighting during in the conflict, now in its 18th year, is normally limited during the harsh winter months, but it has spilled over from the traditional fighting season as the United States and the Taliban seek leverage in ongoing peace talks.
The recent string of brazen attacks includes one on a government intelligence base last month that killed at least 40 people. But the government has also reported an increased targeting of Taliban fighters and commanders, particularly by American and Afghan airstrikes. They say hundreds of Taliban fighters have been killed in recent weeks.
The next confirmed round of peace negotiations with the Taliban is scheduled for Feb. 25 in Doha, Qatar. Last month, the United States envoy, Zalmay Khalilzad, said that American and Taliban officials had agreed in principle to the framework of a deal in which the insurgents would guarantee that Afghanistan would not be a safe haven for terrorists.
An agreement could lead to a full withdrawal of American troops in return for other Taliban concessions.
Mr. Khalilzad said those concessions must include agreeing to a cease-fire and conducting direct negotiations with the Afghan government, something the Taliban have opposed in the past.
Afghan President Ashraf Ghani has complained of being sidelined by the talks. On Saturday, while attending a security conference in Munich, Mr. Ghani said Afghan government forces have borne the brunt of casualties since 2014, when the American-led NATO alliance ended its combat mission in Afghanistan.
“The war is not an American war,” he said.
Mr. Ghani said in January that 45,000 Afghan security forces had died in combat since late 2014.