The Leader of Islamic Revolution Ayatollah Ali Khamenei has met with families of Afghan combatants (the Fatemiyoun Brigade) martyred in the fighting in Syria, praising their resoluteness on the battlefields. 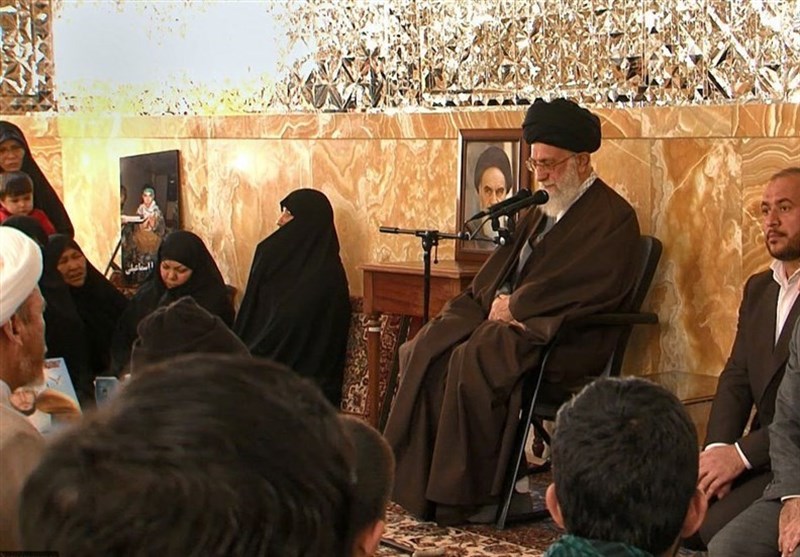 AVA- Imam Khamenei, Leader of Islamic Revolution, received a group of families of Afghan combatants who became martyred in Syria as part of the Fatemiyoun Brigade on Thursday at the holy shrine of Imam Reza (A S) in the northeastern city of Mashhad.
During the meeting, Imam Khamenei praised the resoluteness and resistance of the Afghan youth in the fighting in Syria, telling their families “today the United States has been defeated in the West Asia region, including Lebanon, Syria and Iraq through the efforts and struggle of your young children.”
The Leader expressed his appreciation to the sacrifices the Afghan youth made in Syria in defense of the holy places in Syria and Ahlul Bayt, noting that “I am told that the Afghan (Fatemiyoun Brigade) showed more resoluteness on the Jihad battlefields than the other forces.”
He further wished well-being and more resoluteness and patience from almighty Allah to the Afghan Fatemiyoun and the families of the Afghan martyrs.