Security forces have surrounded a building in Kabul, Afghanistan, that has been taken over by Taliban-affiliated gunmen. 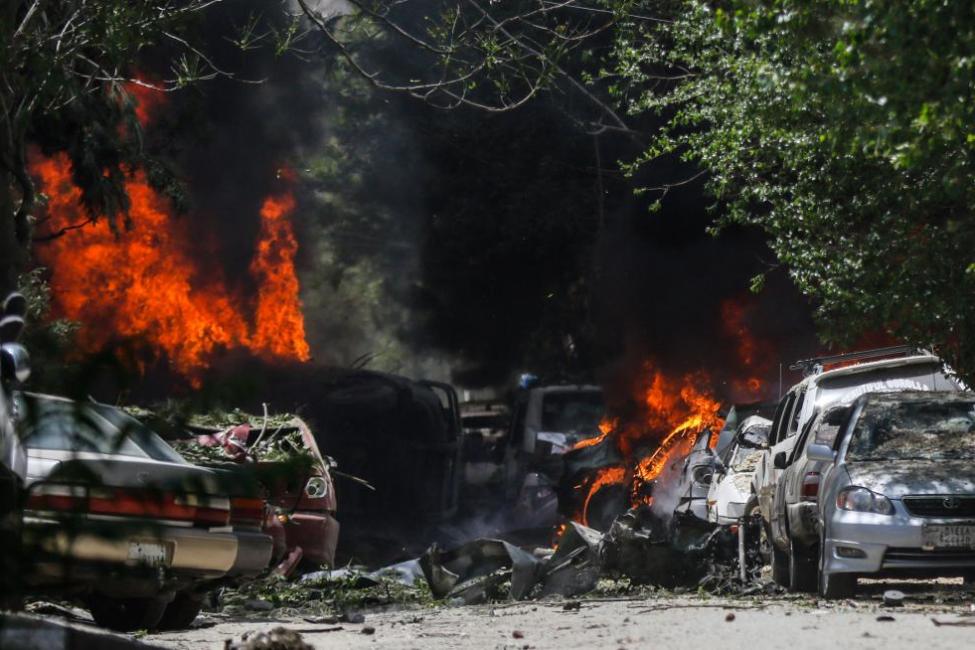 AVA- Terrorists attacked the Counterpart International building Wednesday with an explosive device and then stormed the building. At least nine people were injured. Gunfire continued into the night. Authorities have rescued 150 people from the building.
Another explosive-laden vehicle was seized by security forces before it could go off.
Ministry of Public Health spokesman Wahidullah Mayar said five people were taken by ambulance to area hospitals. One hospital posted on Twitter that it had 15 injured people.
Taliban spokesman Zabihullah Mujahid claimed responsibility in a Twitter post.
He accused Counterpart International of being involved in "harmful Western activities inside Afghanistan" that bring "brutality, oppression, terror, anti-Islamic ideology and promotion of Western culture."
Counterpart International is a non-governmental entity based in the United States that's been operating in Afghanistan since 2005. It receives funds from the U.S. Agency for International Development and the U.S. Department of Agriculture, according to its website.
In a statement on the attack, the organization said it runs a civil society engagement program in Afghanistan "to encourage peace, increase youth participation, strengthen rights and improve opportunities for women."
The attack comes during Ramadan, a month-long religious holiday of fasting and charitable giving. Afghan President Ashraf Ghani called for a cease-fire during Ramadan.