Afghanistan Cricket Board, on Wednesday, have unveiled their jersey for the ICC World Cup 2019. 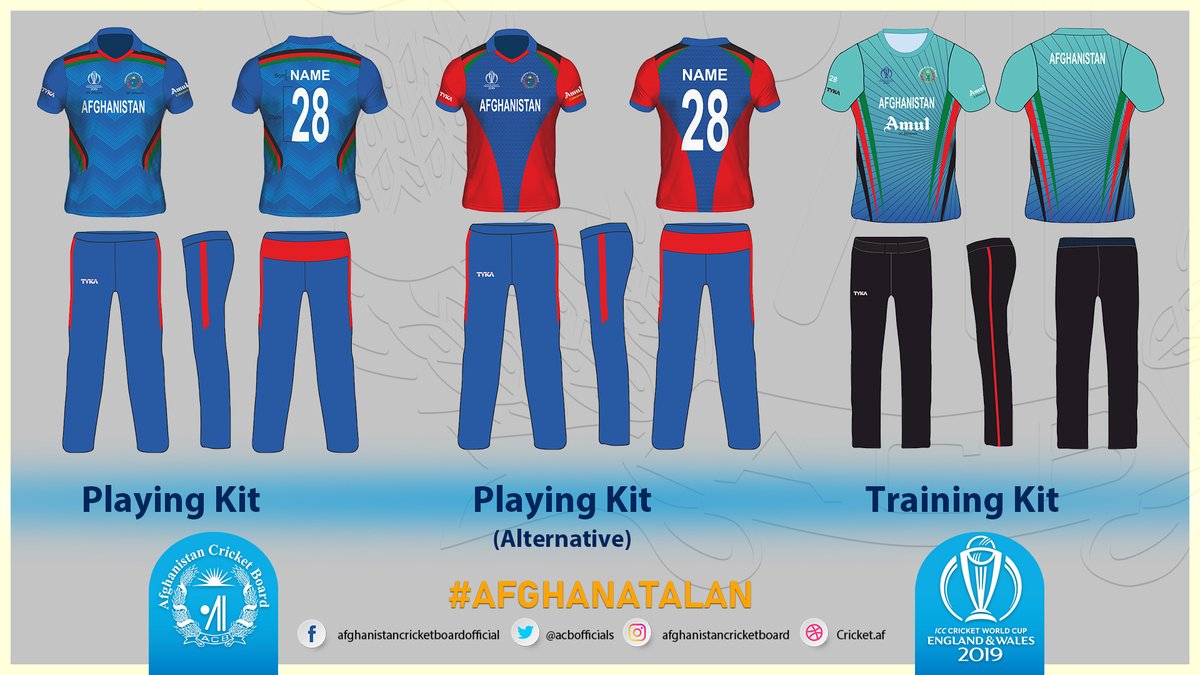 AVA- In the ACB official tweet, the newly designed kit for the Afghan cricket team is shown representing the colors of their national flag.
The playing jersey having black and white patterns on the shoulder while the training kit is paste in color with black trouser pants.
The main kit, is however, quite similar to the one Afghanistan national team players are wearing in limited over matches now.
Meanwhile Indian Dairy product manufacturer Amul India has been announced as the sponsors of Afghanistan team for the ICC World Cup 2019. The logo of Amul will appear on the Afghanistan team playing jerseys as well as on the training kits throughout the event.
GCMMF Managing Director RS Sodhi said as quoted by the Khaleej Times, “We are excited about being associated with Afghanistan Cricket for the first time and Amul is hopeful that this team, rated as the fastest growing team in international cricket, will deliver outstanding performance in the World Cup.”