The Council of Presidential Candidates and a number of political movements are gathering their supporters to stage a huge protest against the government in the next few days, sources familiar with the developments told Ariana News. 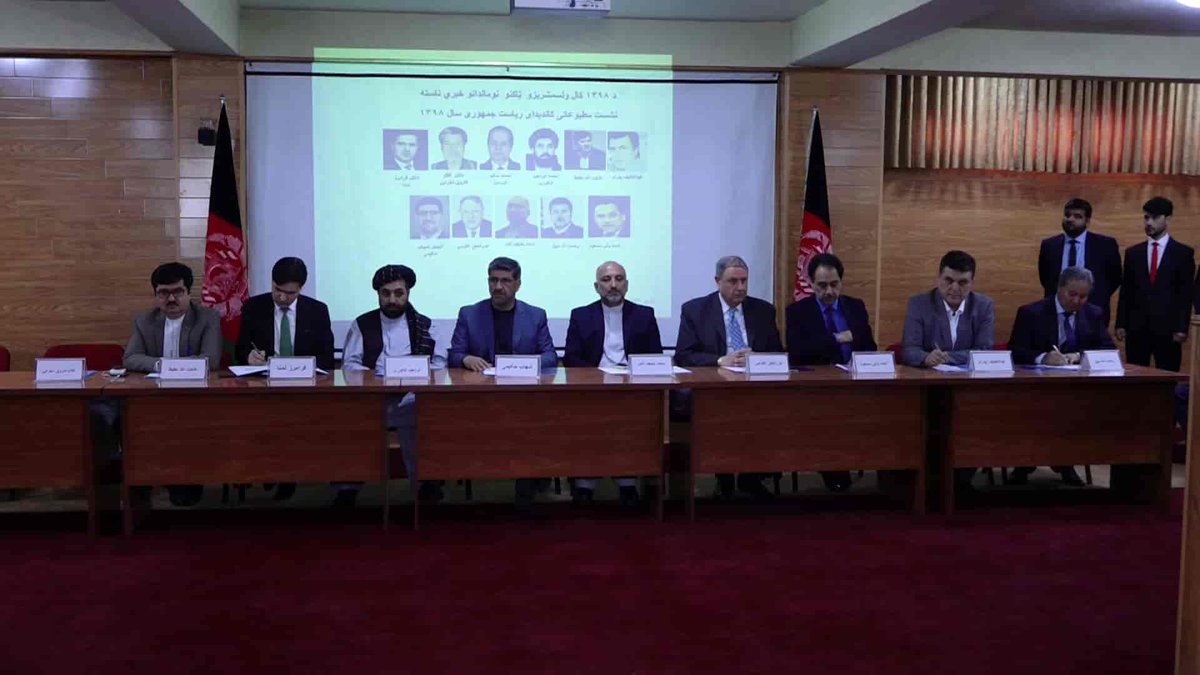 The political parties are planning to gather over 50,000 people for launching demonstrations on the upcoming Thursday.
Meanwhile, members of the Council of Presidential Candidates say that they have not changed their position regarding the illegal extension of President Ghani’s tenure beyond May 22.
“We do not care what Ghani says now. He was the country’s President before May 22nd. We do what we want,” said Shahab Hakimi, a presidential candidate.
According to the sources, the protests will begin at the end of this week from specific locations and will spread to major parts of the city.
“Our main goal is to advocate the people’s rights. The current government is a dictatorship government in which the people are being used as tools,” said Abdul Latif Nazari, the running mate of a presidential candidate.
Politicians express their concern regarding the ongoing tension between President Ghani and presidential candidates, saying it will have consequences for the war-torn country.
“The presidential candidates should try to solve the issue with the government through understanding each other because the security situation is considerably serious and we should be careful,” said Mohammad Asif Sediqi, second deputy of the Senate Speaker.
This comes a day after the presidential candidates warned that they will boycott the upcoming presidential election if Ghani remains in power.
In response to the candidates’ warnings, a spokesman for President Ghani said that he wishes the political parties give the leadership opportunity to the new generation rather than only to their own children.
The tensions between President Ghani and the presidential candidates erupted after the Supreme Court extended Ghani’s tenure until the re-election of a new President.
Tags:
Ghani’s Oppositions Gathering Supporters for ‘Huge Protests’
Source : Afghan Voice Agency(AVA)
Sunday 16 June 2019 18:12
Story Code: 186833 Copy text available
Featured news
COVID-19: 279 New Cases Reported in Afghanistan
Israel's annexation of Palestinian lands could trigger 3rd intifada: Abbas' aide
Consignment of Transit Goods from Afghanistan Shipped to India via Iran
Pak FM talks to Chinese Counterpart; Discusses Afghan Issues
3 Police Killed in Herat Roadside Mine Blast
India sees highest single-day spike of 24,850 COVID-19 cases, tally reaches 673,165
1
Iraqi officials irate as Saudi daily publishes cartoon against Ayatollah Sistani
2
Pakistani and Uzbek Nationals Killed In Clashes With Afghan Forces in Ghazni
3
Afghan forces foil potentially massive suicide attack in Kabul
4
Khalilzad, Qataris, Taliban discuss development opportunities in Afghanistan
5
Ghani, Abdullah, Khalilzad Discuss Start Of Intra-Afghan Peace Process
6
Khalilzad Discusses Development Plans With Qataris, Taliban
7
Pakistan Army Rubbishes India Claims of Troop Deployment in Gilgit-Baltistan
8
No tolerance for terrorist, criminal networks: Ghani
9
Afghanistan Schedules Meetings To Prepare For Intra-Afghan Talks
10
It will be clear next week when talks with Taliban will begin: Ghani