Nearly 18 years since the US has invaded Afghanistan and almost 16 years after it attacked Iraq, the majorities of American military veterans and the public believe the two wars were “not worth fighting,” a new poll shows. 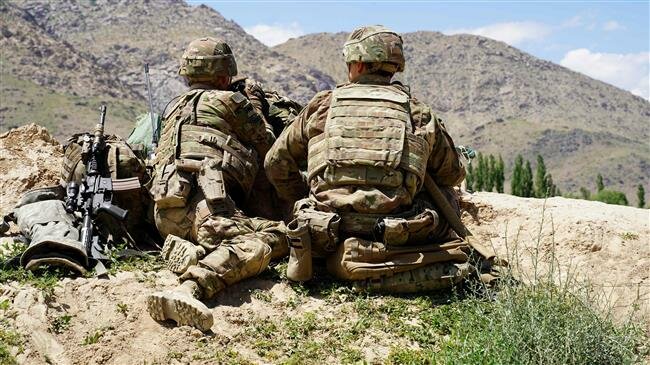 According to the survey, by the Pew Research Center, whose results were published on Wednesday, 58 percent of veterans and 59 percent of the American adults said the war in Afghanistan “was not worth fighting.”
The US war in Iraq was also “not worth fighting,” according to 64 percent of veterans and 62 percent of the public, the results of the poll revealed.
“Veterans who served in either Iraq or Afghanistan are no more supportive of those engagements than those who did not serve in these wars. And views do not differ based on rank or combat experience,” the Pew Research Center said.
It added that the polling had a margin of error of 3.9 percent for veterans and 3.1 percent for members of the general public.
Nearly 2,300 American soldiers have died and more than 20,400 have been wounded in Afghanistan since the US-led invasion of the country in 2001. While the invasion ousted a regime of the Taliban, it failed to eliminate them. Members of the group have since been only increasingly involved in militancy.
Washington is now seeking truce with the militants through direct talks.
In 2003, the US, backed by Britain, invaded Iraq, claiming that the regime of Saddam Hussein possessed weapons of mass destruction (WMDs), which it said posed a threat to the US. No such weapons were ever found in the Arab country.
More than one million Iraqis were killed as a result of the invasion and subsequent occupation of the country, according to the California-based investigative organization Project Censored.
In the aftermath of the invasion, the Daesh terrorist group emerged, later overrunning vast swathes of land in Iraq and neighboring Syria.
The US and its allies have been bombarding what they call Daesh positions inside Syria since September 2014, without any authorization from the Damascus government or a UN mandate.
According to the Pew poll, 55 percent of US veterans and 58 percent of the public believe that the US military campaign in Syria was not “worth it” as it has been too costly both in terms of casualties and expenses.
Surveys of the US veterans were conducted from May 14 to June 2, while those of the American adults were conducted on May 14-26, the Pew Research Center said.