Iranian Minister of Energy, who heads the Iran-Afghanistan Joint Economic Committee, visited Kabul on Tuesday to hold talks with senior Afghan officials in order to discuss expansion of economic ties especially in water and energy areas. 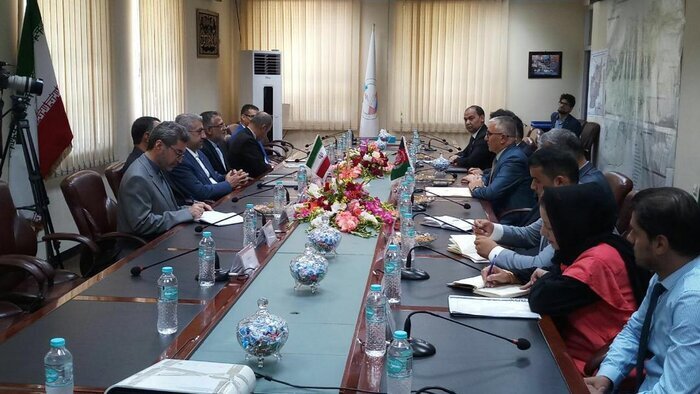 During his one-day visit, Reza Ardakanian met with the Afghan President Ashraf Ghani, the country’s Chief Executive Abdullah Abdullah and the Afghan minister of water and energy as well as the country’s finance minister.
In the meeting with Ghani, the two sides discussed a variety of important issues including energy exchanges, joint ventures in water and related industries, environmental issues, railways, Afghanistan's participation in Chabahar Port and resolving banking issues.

Need for managing border waters
The two sides also stressed the need for close cooperation between the two countries for managing the water resources in the border regions of the two countries.
They emphasized the need for balanced and mutually beneficial development of the border regions by optimal water resources management.
Increasing the level of trade between the two countries by utilizing Afghanistan's latent production and trade capacities was among other issues discussed in the meeting.

Activating Joint Economic Committee mechanism
After meeting with Ghani, Ardakanian held talks with the country’s Chief Executive Abdullah, in which the two sides called for a more active performance by the two countries’ Joint
Economic Committee in order to develop economic relations especially in water, energy and utilization of Chabahar Port capacities.
Ardakanian further met with Afghan Minister of Energy and Water Mohammad Gul Kholmi, to discuss the two countries relations in the fields of water and energy.
In the meeting with his Afghan counterpart, Ardakanian voiced Iran’s readiness for cooperation in Afghanistan’s infrastructure projects and emphasized the need for exploitation of bilateral and international capacities in this regard.
The two sides also agreed on cooperation in other areas like investing in renewables and extending this cooperation to other countries in the region.