Afghanistan has been witnessing a serious escalation in violence especially targeting innocent civilians and this has to end. 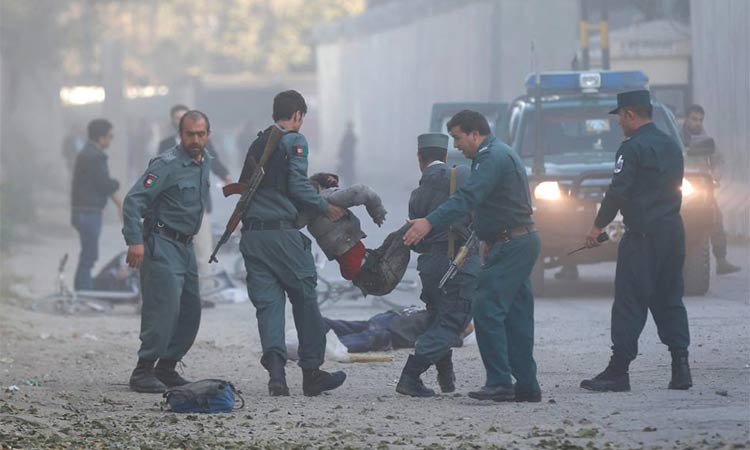 The capital Kabul has been rocked by back-to-back bombings this week that have claimed dozens of lives.

The Taliban launched an offensive on Friday against a key city in western Afghanistan, the latest in a surge of attacks as the US pushes for a deal that would allow it to begin withdrawing troops.

The insurgents briefly seized an Afghan army recruitment centre in Farah city. In May last year, the Taliban had made a major attempt to capture Farah city but were eventually driven back by Afghan and US forces.

The attack on Thursday by a Taliban suicide car bombing in Kabul killed an US service member, a Romanian soldier and at least 10 Afghan civilians in a busy diplomatic area that includes the US Embassy. Several people were also wounded.

Hours later, militants set off a car bomb outside an Afghan military base in a neighbouring province, killing four civilians.

Those attacks followed the disclosure by Amnesty International that Abdul Samad Amiri, the Afghanistan Independent Human Rights Commission’s acting director in Ghor province, was kidnapped and killed by the Taliban.

On Monday, the Taliban attacked a foreign compound, killing 16 people and wounding over 100, almost all of them local civilians.

The Taliban claim that their surge in deadly attacks, including on the capitals of Kunduz and Baghlan provinces last weekend, is necessary to give them a stronger negotiating position in talks with the US.

But such a stance does not make any sense as scores of civilians, including women, children and the elderly, have been killed for no mistake of theirs. Nothing can justify the killing of innocent people anywhere in the world.

There are also indications that Afghanistan’s President Ashraf Ghani has postponed a planned visit to Washington early next week where he was to discuss the US-Taliban talks on ending America’s longest war.

The talks have been shrouded in secrecy. While the accord would see thousands of US troops withdrawn in exchange for Taliban promises not to let Afghanistan be used as a base for future attacks on the United States and its allies, what will happen next remains unclear.

The insurgents have so far refused to negotiate directly with the Afghan government and mistrust abounds.

President Ghani’s spokesman had made it clear this week that the government had serious concerns and wanted further clarifications from Washington.

US President Donald Trump has not offered a timeline for withdrawing troops, while saying the US will retain a “high intelligence” presence in Afghanistan.

The Pentagon has been developing plans to withdraw as many as half of the 14,000 US troops still there, but the Taliban has been insisting that all US and NATO forces be withdrawn.

The Afghan people have suffered for too long because of senseless violence.

The UAE, on its part, has always maintained a firm position against terrorism that must be rejected and combatted by all civilised nations.

The UAE has rightly and strongly condemned the terrorist attack that targeted Shash Darak district in the Afghan capital, Kabul and resulted in several deaths and injuries.

As the UAE Ministry of Foreign Affairs and International Cooperation pointed out, the attack, the second to take place this week for which the Taliban claimed responsibility, represents an unacceptable escalation of violence and a heinous terrorist act against civilians and their families.