Four pro-government militiamen were wounded and the driver of an explosive-laden car was killed in Muqar district of Afghanistan's eastern Ghazni province on Saturday, provincial government spokesman Aref Nuri said. 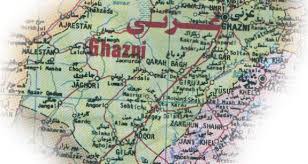 The Taliban insurgents, according to the official, were going to target a security checkpoint of the pro-government militia in Chardeh area of Muqar district Saturday morning but security men on duty suspected the car and opened fire killing the driver on the spot.
However, the official said that the car exploded wounding four pro-government militiamen nearby.
Taliban militants have not commented on the report.