Despite the recent tension between Iran and US, the Iranian Ambassador to India, Dr. Ali Chegeni, said on Wednesday that the Chabahar port project will not be affected. 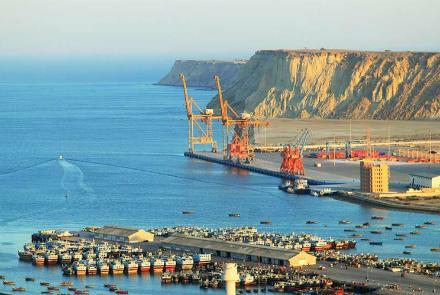 “Chabahar Port is a symbol of very good friendship between India, Iran, Afghanistan, Commonwealth of Independent States, Europe, whole Persian Gulf. It does not belong only to Iran and India. Chabahar will go on, don't worry about it” Chegani said, as reported by ANI.
"We are not looking for war. We are living in this region peacefully with our brothers and sisters including India. We don't want any tension/escalation in this region," he said.
The killing of Iranian Gen. Qasem Soleimani has once again raised concerns about the completion of the strategic Chabahar port.
On January 3, Soleimani, head of the Islamic Revolutionary Guard Corps’ (IRGC) Quds Force, was killed in a drone strike when he was leaving Baghdad International Airport.
The US claimed responsibility, with the Pentagon asserting that the strike “was aimed at deterring future Iranian attack plans.”
India is now hosting Iranian Foreign Minister Javad Zarif next week to explore options to safeguard Chabahar port as well as its energy and financial interests amid the escalating tensions, according to Anadolu Agency report.
At the second two-plus-two dialogue between India and the US on Dec. 18-19 in Washington, the US Secretary of State Mike Pompeo and Defense Secretary Mark Esper handed over a written assurance to their Indian counterparts that they facilitate the development of the Iranian despite US sanctions against Iran.
Tags:
“Chabahar Will Go On, Don't Worry”: Iranian Ambassador
Source : Afghan Voice Agency(AVA)
Thursday 9 January 2020 13:24
Story Code: 200186 Copy text available
National Security Advisor meets Iranian Ambassador to Kabul
Indonesia: Death toll in Papua floods climbs to 112
US not to leave Afghanistan soon
Saudis paid for 500 rooms at Trump hotel in 2016: Report
Indonesia blames Boeing for recent deadly plane crash
Featured news
Trump’s Deal of the century proposes non-sovereign Palestinian state
Daesh has escalated attacks in Iraq, Syria since US assassination of Iranian general: Residents, monitors
US expresses disappointment over Chinese 5G network in UK
US cuts number of Black Hawks to Afghanistan by two-thirds
US exit from region to accelerate Afghan peace, stability, senior advisor says
Pakistani police detain MP, activists at Pashtun rights rally
1
Iran to recover extra 3.5 billion barrels of oil through EOR techniques
2
Pakistan Customs Makes Trackers Mandatory for Afghan Transit Cargo
3
TAPI Pipeline Project Faces More Delays in Afghanistan
4
ML-I Railway Track To Be Extended From Peshawar To Jalalabad