Lebanon’s caretaker Prime Minister Saad Hariri has once again called for the urgent formation of a new government to stop the worsening economic and security conditions in the country. 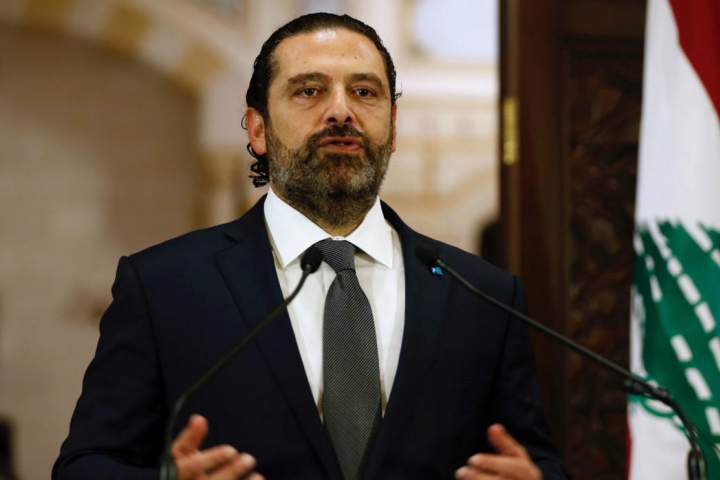 "Our government resigned in order to pave the way for transition to a new government dealing with popular changes; however, obstruction has continued for 90 days and the country is moving toward the unknown," Hariri said in a tweet on Monday.
"The continuation of the caretaker government is not the solution so let's stop wasting time and have the government bear the responsibility," he added.
Since October, Lebanon has been rocked by nationwide protests against rising inflation and living costs as the government struggles to attract investment amid increasing economic hardships and a decreasing capital flow to the country.
Hariri's Monday remarks echoed his similar call on Sunday, when he asked the country's politicians to urgently form a new government and “stop wasting time” to find solutions for the Lebanese economic crisis in order to “calm the popular storm.”
“We feared for Beirut yesterday, but as usual, it has stitched the wounds of its sons from the ranks of the security forces and protesters and removed from its face the remains of anger, rioting and the smoke of blazes,” Hariri wrote on his official Twitter page on Sunday, after a night of violent clashes between security forces and protesters.
Almost 400 people were wounded on Saturday evening during skirmishes between Lebanese anti-government protesters and security forces in Beirut.
Lebanon’s President Michel Aoun met security chiefs on Monday to work out a plan for security measures that need to be taken to preserve peace and stability in the country.
The protests began in October 17 when the government proposed imposing a tax on Whatsapp calls, along with other austerity measures.
The protesters blame the faltering economy on widespread corruption and abuse of privileges among politicians.
On October 29, Hariri submitted his resignation to President Aoun and his cabinet — under the Lebanese constitution — would stay on in a caretaker capacity until a new government is formed.
Prime Minister-designate Hassan Diab has vowed to form a government made up of “independent specialists,” who do not belong to political parties.
However, some observers are worried about efforts by foreign players to draw the country into chaos.