Pyongyang ‘no longer bound by commitments’ as US missed deadline

North Korea says it will no longer be bound by any commitments toward denuclearization and may seek a “new path,” as the US has ignored a year-end deadline to engage in meaningful diplomacy. 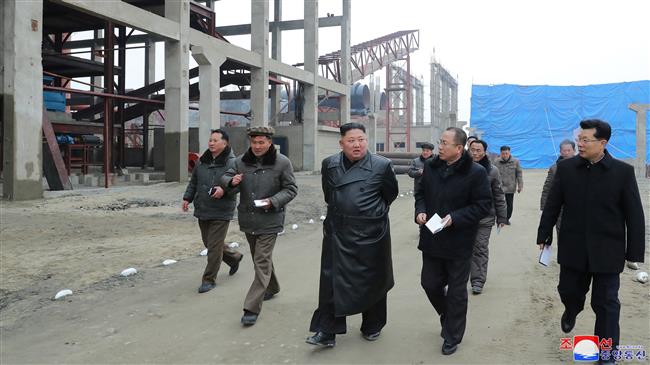 “We found no reason to be unilaterally bound any longer by the commitment that the other party fails to honor,” Ju Yong-chol, a North Korean diplomat in the Swiss city of Geneva, said during an address to the United Nations (UN)-sponsored Conference on Disarmament on Tuesday.
Ju said the US had imposed “the most brutal and inhuman sanctions” against Pyongyang.
“If the US persists in such hostile policy toward the DPRK, there will never be the denuclearization of the Korean Peninsula. If the United States tries to enforce unilateral demands and persists in imposing sanctions, North Korea may be compelled to seek a new path,” he said.
Ju referred to his country’s unilateral steps over the past two years, including halting its nuclear and missile testing, “in order to build confidence with the United States” and said Washington had instead responded by threatening North Korea “militarily by conducting dozens of large- and small-scale joint military exercises (with South Korea), which the US president himself promised to discontinue.”
The warning came after months of repeated calls by Pyongyang on the US to ease the sanctions imposed on North Korea over its nuclear and ballistic missile programs in order for diplomacy to make sense.
Earlier, and at the end of a summit between North Korean leader Kim Jong-un and US President Donald Trump, Pyongyang had made broad commitments toward denuclearization. Specific details were being worked out in lower-level talks, which failed as Washington refused to offer any sanctions relief.
Pyongyang had taken the unilateral steps as signs of goodwill in the course of diplomacy with the US since 2018. It had put a halt on its nuclear tests since 2017.
In the face of Washington’s intransigence, Kim set the year-end deadline for the US to adopt reciprocal measures or forgo talks.
North Korea had also warned in December last year of taking an unspecified “new path” if Washington failed to meet its expectations with a new approach to demilitarization talks.