A United Nations report says Afghanistan passed a grim milestone with more than 100,000 civilians killed or hurt in the last 10 years since the international body began documenting casualties in a war that has raged for 18 years. 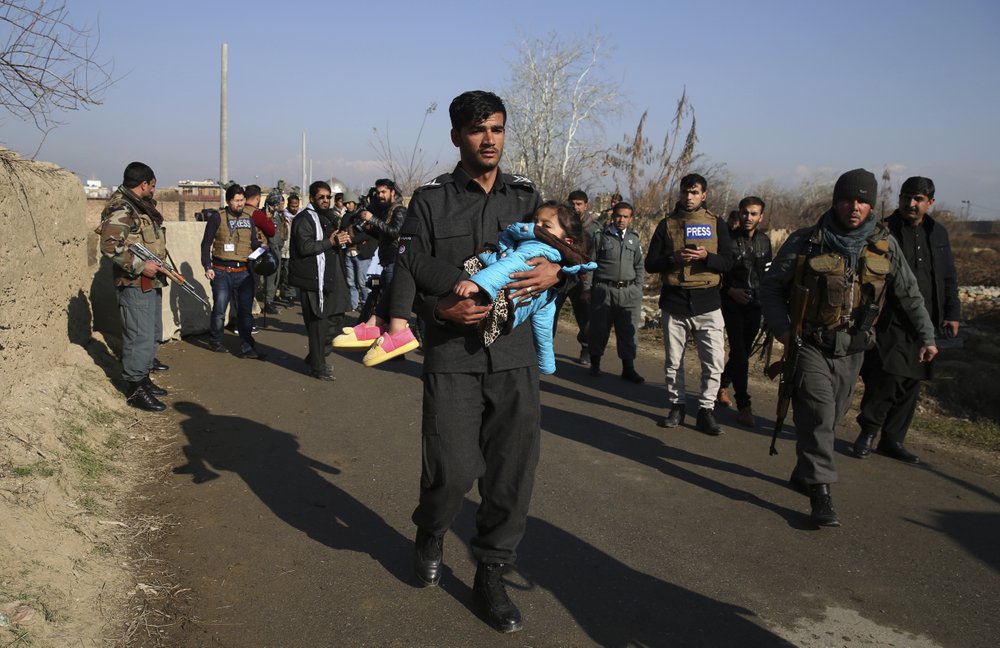 The report released Saturday by the U.N. Assistance Mission in Afghanistan comes as a seven-day “reduction of violence” agreement between the U.S. and Taliban takes effect, paving the way for a Feb. 29 signing of a peace deal Washington hopes will end its longest war, bring home U.S. troops and start warring Afghans negotiating the future of their country.
“Almost no civilian in Afghanistan has escaped being personally affected in some way by the ongoing violence,” said Tadamichi Yamamoto, the secretary-general’s special representative for Afghanistan. “It is absolutely imperative for all parties to seize the moment to stop the fighting, as peace is long overdue; civilian lives must be protected and efforts for peace are underway.”
Last year there was a slight decrease in the numbers of civilians hurt or killed, which the report says was a result of reduced casualties inflicted by the ISIS affiliate. The group was drastically degraded by U.S. and Afghan security forces as well as the Taliban, who have also bitterly battled the Islamic State.
According to the U.N. report, 3,493 civilians were killed last year and 6,989 were injured. While fewer civilians were hurt or killed by ISIS fighters, more civilians became casualties at the hands of the Taliban and Afghan security forces and their American allies.
The report said there was a 21% increase in civilian casualties by the Taliban and an 18% rise in casualties blamed on Afghan security forces and their U.S. allies who dropped more bombs last year than in any year since 2013.
“All parties to the conflict must comply with the key principles of distinction, proportionality and precaution to prevent civilian casualties,” said Michelle Bachelet, the U.N. high commissioner for human rights. “Belligerents must take the necessary measures to prevent women, men, boys and girls from being killed by bombs, shells, rockets and improvised mines; to do otherwise is unacceptable.”
The seven-day “reduction in violence” began at midnight Friday. If it holds it will be followed by the signing of a long sought peace deal between the United States and the Taliban in the Middle Eastern state of Qatar where the Taliban maintain a political office.
U.S. peace envoy Zalmay Khalilzad, who has spent the past 18 months negotiating the deal with the Taliban after his appointment in September 2018 by the White House, will sign the deal on the behalf of Washington. President Donald Trump has repeatedly said he wants American troops brought home from Afghanistan. He says they have become a police enforcement force, which is not what they are there to do.
The peace deal will also include Taliban guarantees that Afghanistan will not be used as a staging arena for attacks against the U.S. or its allies.
The most difficult phase is expected to be the intra-Afghan negotiations as Kabul still struggles to come up with a unified position opposite the Taliban. Afghan President Ashraf Ghani was declared the winner of a presidential race held five months earlier, followed by his political rivals refuting the results and calling the polling fraught with fraud.
The negotiations among Afghans, which will also hammer out an eventual permanent cease-fire, are to begin around March 10. Both Germany and Norway have offered to host the negotiations but until now a venue has not been chosen.