President Ashraf Ghani on Sunday issued a decree to suspend a previous order to merge the Ministry of Public Works, the Civil Aviation Authority, the Directorate of Railways, and the Traffic Department of the Ministry of Interior all with the Ministry of Transport. 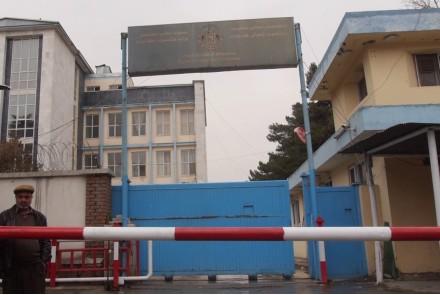 President Ghani issued the original decree a year ago.
The Ministry of Transport is one of the ministries which has been offered to Abdullah Abdullah as part of their recent political agreement.
President Ashraf Ghani issued the decree reversing the merger on Sunday-- the day he signed the political agreement with Abdullah Abdulah.
Budget limitations and the "current emergency situations" were mentioned as factors that led to the suspension of the decree.
“It is a political issue because there is the issue of power-sharing and the president wants to secure the authority of some of the ministries that are expected to be shared,” said Azim Kibrani, a member of parliament representing Herat.
In the new decree, it was stated that the decision to merge was aimed at improving good governance, financial saving, and to prevent job interference.
“The decree is against principles and the law -- the budgets of these institutions should be brought to parliament to be voted on,” said MP Shafiqa Rasekh.
“The institutions that are returned back to their original status as per decree of the president--their previous codes exist in the national budget, therefore, their budget is determined within the framework of the original codes, so there is no problem regarding this issue,” said Shamroz Khan Masjidi, a spokesman for the Ministry of Finance.
“There is reshuffling on a daily basis, and new departments are created, they create a new ministry and change the law,” said Sulaiman Momand, head of the transportation companies' coordination council.
Tags:
Ghani Reverses Order to Enlarge Ministry
Source : Afghan Voice Agency(AVA)
Thursday 21 May 2020 14:28
Story Code: 210478 Copy text available
Featured news
COVID-19: Three New Hospital to be Built in Kabul for Coronavirus Patients
Peace Talks Ensure Afghanistan not a ‘Safe Harbour’ for Terrorists: US State Department
COVID-19: Food Items Distributed in Afghans’ Camp Provided By China
40 Percent of Factories Halt Operations as Business Declines
US Secretary of State Urges Afghan Gov’t, Taliban to Refrain From Violence After Eid Ceasefire
Assassinations Using Motorcycles Increase in Kabul
1
Findings from Afghanistan war crimes investigation will cause 'distress' for some elite soldiers, judge warns
2
US Envoy Khalilzad Arrives in Kabul for Intra-Afghan Peace Talks
3
Taliban Violence at ‘High Levels’ Can Hurt US-Taliban Peace Deal
4
Ghani Reverses Order to Enlarge Ministry
5
US and Iran attend Six Plus Two meeting on Afghanistan
6
Taliban Chief promises equal rights for men and women in his Eid message
7
Taliban Killed, Wounded 576 Afghan Civilians In 30 Provinces During Ramadan: ONSC
8
‘Key' Taliban Member Arrested in Herat by NDS
9
Airstrike kills 6 Taliban militants a day after similar raids killed 31 in Jawzjan
10
Afghan leaders condole deaths in plane crash in Karachi city of Pakistan