US Army Futures Command has confirmed that a cargo plane has landed in Israel to support the regime's so-called Iron Dome system. 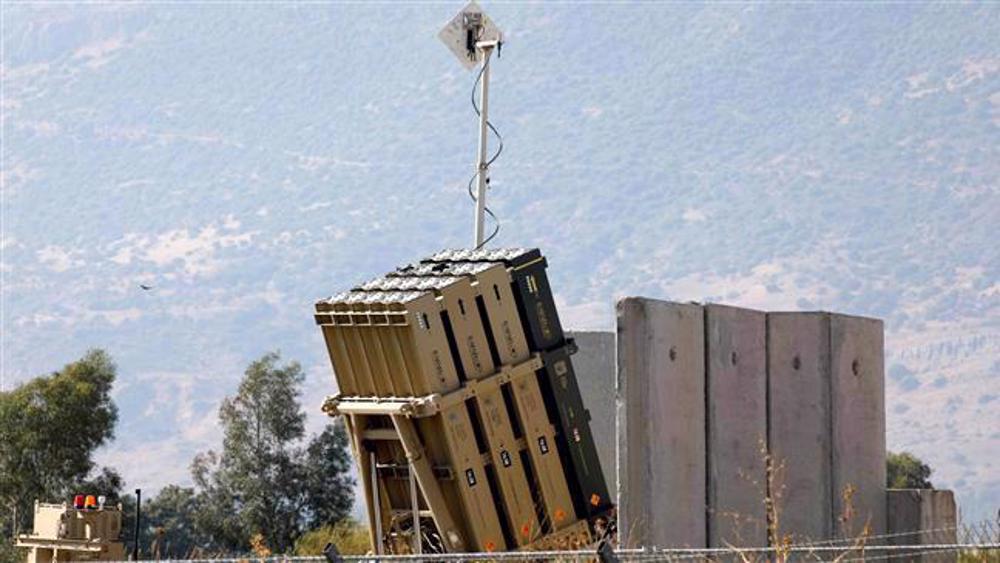 The Antonov An 225 arrived at Israel’s Ben-Gurion international airport on Monday evening, carrying US military trucks to be equipped with Iron Dome air system.
“The Iron Dome system will be used to defend US military troops against a wide range of ballistic and aerial threats,” the Israeli military said.
The measure followed the purchase of two Iron Dome batteries last year.
“The Iron Dome will be assessed and experimented [with] as a system that is currently available to protect deployed US military service members against a wide variety of indirect fire threats and aerial threats,” the US army said at the time.
Israeli Prime Minister Benjamin Netanyahu has hailed the US decision as a “great achievement for Israel” and “further proof of our solid bond with the US.” American firm Raytheon Technologies and Israeli-based Rafael Advanced Defense Systems have reportedly formed a joint venture to build the Iron Dome missile system in the United States.
The Iron Dome has been co-developed by American company Raytheon and Israeli firm Rafael. It is partly manufactured in the United States. It is claimed to be capable of detecting, assessing and intercepting a variety of shorter-range targets such as rockets, artillery and mortars.
The system was originally developed to counter small rockets that Hamas and other Palestinian resistance groups fired into Israeli occupied territories in retaliation for the regime's crimes against Palestinians. However, it has proven largely ineffective in serving that purpose.
Ever since US President Donald Trump appeared in office, Israel has increased not just grabbing land but also its militarization to further destabilize the region.
Tags:
US cargo plane lands in Israel in support of the regime's Iron Dome Iron Dome
Source : Afghan Voice Agency(AVA)
Thursday 6 August 2020 11:31
Story Code: 216216 Copy text available
Featured news
Afghanistan: 15 of 279 Cases Test Positive for COVID-19
Blast in Daikundi Kills 14 Civilians: Interior Ministry
World Bank Gives $100M To Spur Economic Recovery
Cabinet Approves Reopening Of Schools From Next Week
3 Security Personnel Killed In Taliban Attacks In Faryab
3 Killed after Rocket Hit Residence in Ghazni
1
Afghan, Pak Officials Discuss Abdullah’s Upcoming Pakistan Trip
2
Political Deputy spoke at the Ministerial Meeting of Foreign Ministers of Landlocked Developing Countries on the sidelines of #UNGA