Taliban Urged To Heed Past Mistakes In Afghan Peace Talks

Afghans are asking the Taliban to learn from their country’s recent troubled history as the hard-line Islamist movement refuses to negotiate peace with the Afghan government. 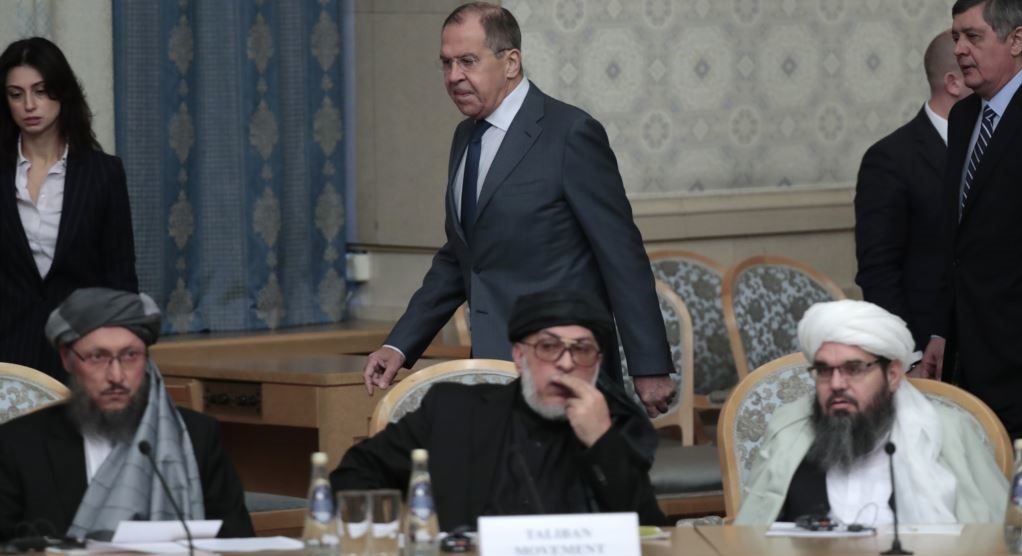 AVA- Some Afghans compare the current situation to the end of Soviet occupation and its aftermath in the late 1980s and early 1990s, when mujahedin Islamist rebels based in neighboring Pakistan refused to negotiate peace with their country’s once pro-Soviet socialist government.
The mujahedin refused to hold peace talks with the Dr. Najbullah-led government even after the withdrawal of the Red Army in 1989. This ultimately paved the way for renewed bloodshed.
Two decades later, fighting still rages and Afghans see no end to their suffering.
“The Taliban must refrain from repeating the blunders of the mujahedin, which only resulted in the utter devastation of Afghanistan,” lawmaker Amir Khan Yar told Wolesi Jirga or the lower house of the Afghan Parliament on January 9.
He acknowledged that a flurry of diplomatic activities to jumpstart peace talks in Afghanistan have taken place in recent months. Yar says that despite involving U.S., Pakistani, Chinese, Russian, Iranian and Arab officials, these efforts are unlikely to address the real conflict.
“This is ultimately a conflict between Afghans. Our government needs to be part of these negotiations so we can finally pave the way toward peace among Afghans,” he noted. “This will benefit everyone.”
Since the demise of the Taliban regime in a U.S.-led military attack in late 2001, the insurgents have insisted on calling themselves the real government of Afghanistan and have labeled the Western-backed Kabul government a U.S. puppet.
As U.S.-led efforts to seek a negotiated solution to the Afghan conflict have geared up in recent months, the Taliban have insisted on only talking to Washington, regional states, and global powers while refusing to negotiate with Kabul.
Hameed Azizi, a Kabul-based political commentator, says the Taliban appear to have borrowed from the mujahedin playbook by refusing to negotiate with the Afghan government.
“Their strategy will result in repeating the mujahedin history,” he told media.
The 1988 Geneva Accords negotiated between the Soviet Union, Afghanistan, the United States, and Pakistan resulted in an agreed schedule for the withdrawal of the Red Army.
But Washington, Moscow, and Islamabad failed to honor its key provision regarding ending military support to the warring sides. The mujahedin refused to acknowledge the agreement because they were not part of negotiations.
The rebels also rejected Dr. Najibullah’s efforts toward reconciliation among Afghans by offering to hand over power under UN auspices. Thus, the demise of the socialist regime in April 1992 precipitated a brutal fratricidal civil war among mujahedin and former communist factions.
Nearly three decades later, Washington seems geared toward reducing or even ending its military presence in Afghanistan. Some Afghans feel that a precipitous withdrawal or swift political changes could trigger anarchy as in the aftermath of the Soviet withdrawal and the collapse of the political system it propped up for more than a decade.
The Taliban’s actions show they are not giving up fighting their fellow Afghans.
In recent months, the Taliban have repeatedly talked to Zalmay Khalilzad, the U.S. envoy for peace in Afghanistan. A Taliban delegation participated in peace talks in Moscow and insurgent representatives have met Arab, Iranian, Chinese, and Pakistani officials to talk peace, but they have repeatedly refused to sit down with Afghan officials.
Mohammad Omer Daudzai, the Afghan president's special peace envoy, remains optimistic that his country can see peace in 2019, but he has yet to meet with Taliban representatives.
Daudzai told a gathering in Kabul last week that the Taliban refused to sit down with an Afghan government delegation in November when their representatives met with Khalilzad and officials from Saudi Arabia, Pakistan, and the United Arab Emirates in Abu Dhabi.
“They [the Taliban] need to show some flexibility. They must pay attention to what the people of Afghanistan expect from them,” he told media. “They need to take steps toward peace, as do our government, on behalf of our nation, so we can reach peace.”
In a January 9 article titled Pressure Will Not Make Talks Successful published on the insurgents’ Voice Of Jihad website, the Taliban explained their position in a visible attempt to deflect pressure from meeting with the Afghan government.
“Our agenda’s basic points are an end to the [U.S.] occupation and giving assurances to the U.S. about their future concerns,” the statement said while alluding to Washington’s original goal of preventing Afghanistan from becoming a bastion for Islamist terrorists.
“Afghanistan’s current conflict cannot be resolved if instead of resolving the fundamental issues we talk about secondary issues that are not even related to the external dimensions of the Afghan conflict,” the statement noted.
In Kabul, however, government leaders are not buying this logic.
Afghan Chief Executive Abdullah Abdullah says that without the Taliban talking to the Afghan government peace in their country will remain a dream.
He told a gathering in Kabul on January 9 that the Taliban’s “talk about the withdrawal of foreign forces is an excuse for the continuation of war and gaining more opportunities.”
Abdullah says their efforts to encourage the insurgents to “talk about ending the need for the presence of foreign troops” has gone nowhere and the Taliban continue to refuse to talk to their administration.
“They do this to show that the government is either weak or does not exist,” he said.