Now or Never: America Is on the Clock to Remove Troops from Afghanistan

Using U.S. leverage to craft an Afghan settlement demands incredible deftness in both Washington and Kabul. More, certainly, than either administration has yet displayed. 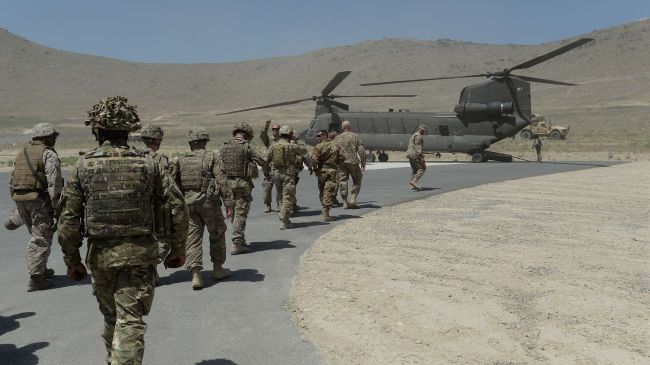 AVA- Afghanistan has entered a period of intense political uncertainty. In December, President Donald Trump reportedly ordered the Pentagon to draw up plans for drawdown options including a complete troop withdrawal from the country. By March, bilateral talks between the United States, led by Ambassador Zalmay Khalilzad, and the Taliban had “agreed in draft” on counterterrorism assurances the Taliban will provide to the United States and on U.S. troop withdrawal, addressing Washington’s key objectives. Kabul is not at the table, and its needs (an intra-Afghan dialogue and comprehensive ceasefire) were much more loosely “agreed in principle.” An informal intra-Afghan dialogue planned for Doha in April was canceled, and a Loya Jirga to demonstrate non-Taliban unity in Kabul instead laid bare deep divisions, with most opposition leaders refusing to attend.
With Afghanistan’s bedrock security relationship with the U.S. apparently in flux, now they must manage a set of constitutional political transitions with institutions that have never managed previous transitions without severe crises. Afghan parliamentary elections originally due in 2016 finally took place in October 2018. Results were only finalized in May for large parts of the country, including Kabul, amid claims of fraud and mismanagement. Presidential elections have already been postponed from April until September, meaning that President Ashraf Ghani’s term will end in May without a successor in place.
Afghans are worried that their hard-fought gains since 2001 may be lost in all this uncertainty. And they are right. The risks to Afghanistan, to the region, and to the interests of the United States and the international community, are very high.
The conundrum Khalilzad is trying to address is not new; it’s something I know firsthand. The current peace process in Afghanistan dates to President Barack Obama’s first term, which is when the Taliban reached out through circuitous connections in Qatar and Germany. At the time, I was managing Ambassador Richard Holbrooke’s outreach to third countries to support U.S. efforts in Afghanistan and eventually responsible for the only successful U.S.-Taliban negotiation to date.
Trump, who was a presidential candidate at that time, was critical of the deal that the United States cut to free Army Sgt. Bowe Bergdahl in exchange for the transfer of five Taliban leaders from Guantanamo to a kind of “house arrest” in Doha, falsely claiming that the Taliban leaders were “right now back on the battlefield, trying to kill everybody, including us.” In fact, the five are now integral parts of the negotiating team facing the United States in Doha.
Trump’s rhetoric was fairly typical. Then-mainstream Republicans were generally bitterly opposed negotiations with the Taliban. Like now, Afghanistan’s government was anxious about being cut out. Faced with opposition in both Kabul and Washington, we limited negotiations in a variety of ways. We restricted the topics of discussion to “confidence-building measures” like opening an official office acknowledging the Taliban political commission’s residence in Doha or winning Bergdahl’s release. At times, we agreed to work only through intermediary.