Afghan Gov’t to Distribute 240,000 Tons of Saffron This Year

Afghan Ministry of Agriculture, Irrigation and Livestock has started promoting saffron cultivation in insecure provinces of Afghanistan in an effort to replace poppy cultivation. 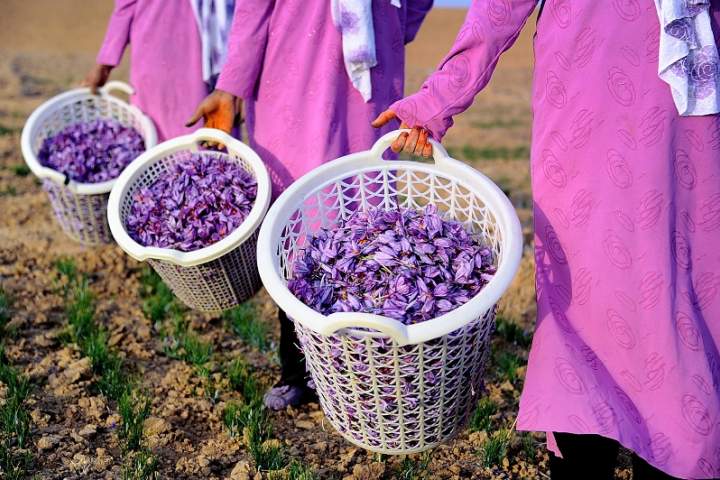 AVA- “We have saffron cultivation in insecure provinces. For example, in eastern provinces in many districts of Nangarhar, Paktia, Paktika, Logar and some provinces in the west including Farah, Ghor and Badghis,” said Ministry’s spokesperson Akbar Rustami.
Rustami said the ministry plans to distribute 240,000 tons of saffron across the country this year.
The ministry had previously announced that saffron production will increase to 14 tons annually within the next three years.
According to figures by the Ministry of Agriculture, Afghanistan produced 10.8 tons of saffron last year of which eight tons was exported out of the country.