An explosion occurred on Sunday in the Somali capital city of Mogadishu. The blast was caused by a car loaded with explosives. 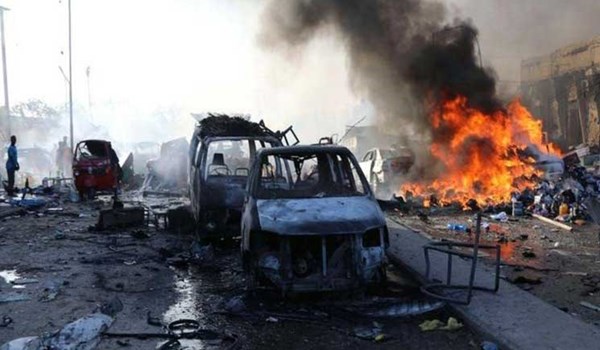 AVA- At least five people have been killed in a suicide attack that targeted local government offices in Somalia's capital, Mogadishu, which destroyed the building and a school opposite it, Africa News reported.
The blast also blew off the roof of a mosque and damaged houses nearby, as, according to reports, the incident took place in Howlwadag district.
Al-Shabab militant group claimed responsibilty for the attack, which shattered a period of calm in the seaside capital. The al-Qaeda-linked group is fighting to overthrow the UN-backed government in Mogadishu.
At least 10 people killed and 20 more were injured as a result of an attack on the Interior Ministry building in the Somali capital in early July. Also in June, one American soldier was killed and four others were injured in an attack reportedly carried out by al-Shabab.