The US has carried out fresh airstrikes in Somalia, killing dozens of purported militants there as Washington steps up its military presence in Africa. 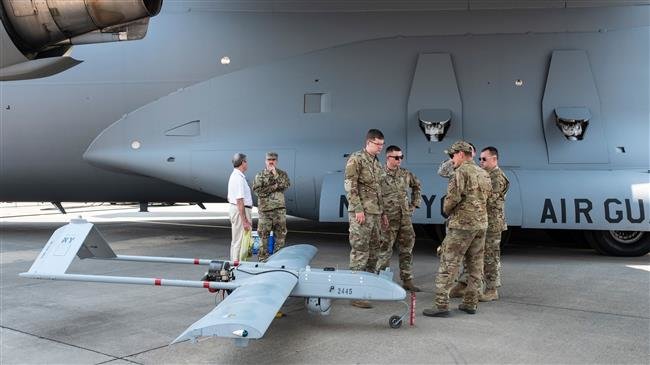 AVA- US African Command (AFRICOM) said on Monday it reportedly had killed 62 militants in six air strikes on Saturday and Sunday in the vicinity of Gandarsh in Somalia’s south-central Banaadir Province.
Four strikes were carried out on Saturday, killing 34 militants, and two more on Sunday, which killed 28, it said.
AFRICOM claims it carries out periodic airstrikes in the Horn of Africa country to support the UN-backed government there, which has been making efforts over the years to uproot the al-Qaeda-linked al-Shabab terrorist group actively present there.
“Africa Command and our Somali partners conducted these air strikes to prevent terrorists from using remote areas as a safe haven to plot, direct, inspire and recruit for future attacks," it added.
AFRICOM claimed the air strikes, which were among the deadliest in 2018, did not kill or injure any civilians in the area.
The US has carried out dozens of airstrikes against what it calls positions of the al-Qaeda-linked al-Shabab terror group.
The militant outfit has, however, grown more powerful now in central Somalia, carrying out attacks against government, military, and civilian targets in the capital, Mogadishu, as well as regional towns.
Human rights groups in countries where the US conducts similar airstrikes, including Afghanistan, Pakistan, Yemen and Libya, also complain about the civilians causalities caused by such raids.
Military observers say the US has been stepping up its operations in Somalia and other African countries in mostly quiet efforts to expand its military foothold in the continent.
The US, which has a significant military presence in Africa, has the largest number of boosts on the ground in Somalia. It expanded the number of its troops there to 500 last year.