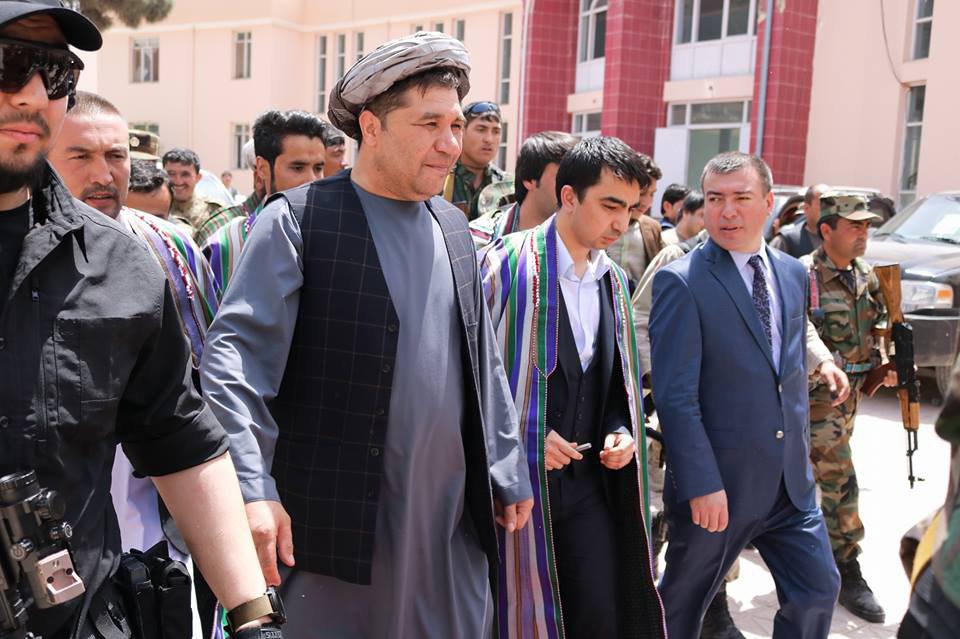 AVA- Qaisari was freed from the National Directorate of Security (NDS) detention on Friday evening after serving about six months imprisonment.
Engaging in armed clashes, abuse and aggression against the government forces were among the allegations which directed against Qaisari, a part of the obtained official letter of NDS Chief to Attorney General’s office said.
In the letter it was also noted that in order to document and clarify the facts, actions must be taken in this regard, and “documents should be collected from all those who have claims against Qaisari as well as those who claim have been the victim of his actions. These measures take some time.”
The letter also indicates NDS chief released Qaisari on bail with mediation of tribal elders.
The Attorney General’s office spokesman Jamshid Rasooli, meanwhile, said that Qaisari – who is also a close aide to General Dostum – was freed from NDS detention under special condition.
He said Qaisari’s job has been suspended and travel ban has been imposed on him.
Reports suggest, Qaisari’s case was not at the Attorney General’s office but was under the assessment of the NDS.
Some Afghan lawyers said that it takes a maximum of 75 hours for judiciary institutions to assess a legal case. They said despite several months gap, Qaisari’s case was still not completed and that his release before clarification of the allegations was above the law.
“Freeing him [Qaisari] on bail is against the law because when 75 hours passed, the accused person can be released from detention without any interdiction,” said Abdul Wahid Farzayee, a Kabul based Afghan lawyer.