General Joseph Dunford, the U.S. Chairman of the Joint Chiefs of Staff, said on Friday that he is cautiously optimistic about efforts to reach a negotiated end to the nearly 18-year-old Afghan war. 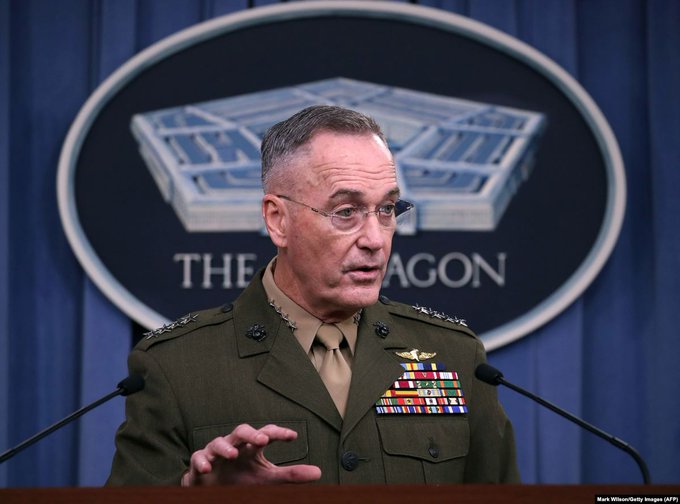