US Envoy Arrives in Pakistan For Meetings on Afghan Peace 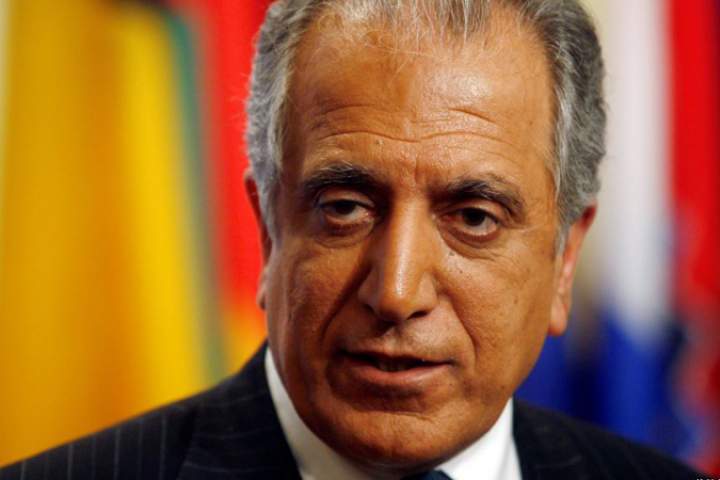 Accompanied by a delegation of officials, Khalilzad will hold meetings with Pakistan’s top military and civilian leadership and would share new development on the Afghan peace process.
Khalilzad will likely visit the Foreign Office and hold a consultative meeting with the Pakistani officials.
The US envoy arrived to Islamabad after concluding his visit to China.
In the meantime, the Taliban spokesman in Qattar office has said that a delegation led by Mullah Baradar, the political deputy of the group will travel to Islamabad and meet with Pakistani officials.
The Taliban delegation would inform Pakistan’s leadership of the factors that derailed the talks with the United States aimed at striking a deal allowing U.S. and other foreign troops to withdraw in exchange for Taliban security guarantees, said a Taliban official to Reuters.
U.S. and Taliban said last month they were close to reaching a deal, despite concern among some U.S. security officials and within the Afghan government that a U.S. withdrawal could plunge the country into even more conflict and open the way for resurgence of militant factions.
President Donald Trump halted the talks with the Taliban last month, following the death of a U.S. soldier and 11 other people in a Taliban bomb attack in Kabul.
The Taliban also planned to follow up on Pakistan Prime Minister Imran Khan’s recent comments ahead of a meeting in New York with Trump, that he would try to convince the president to re-enter talks, the Taliban official said.
It was not clear whether the Taliban delegation would meet Khan in Islamabad.
Taliban officials have in recent days visited Russia, China and Iran.
This comes as the Afghan government has not commented regarding Khalilzad and Taliban group’s visits from Pakistan.