Seeing Cristiano Ronaldo get substituted is among football’s rarest sights, but for it to happen twice in two games has been almost unthinkable for most of the Portuguese forward's career. 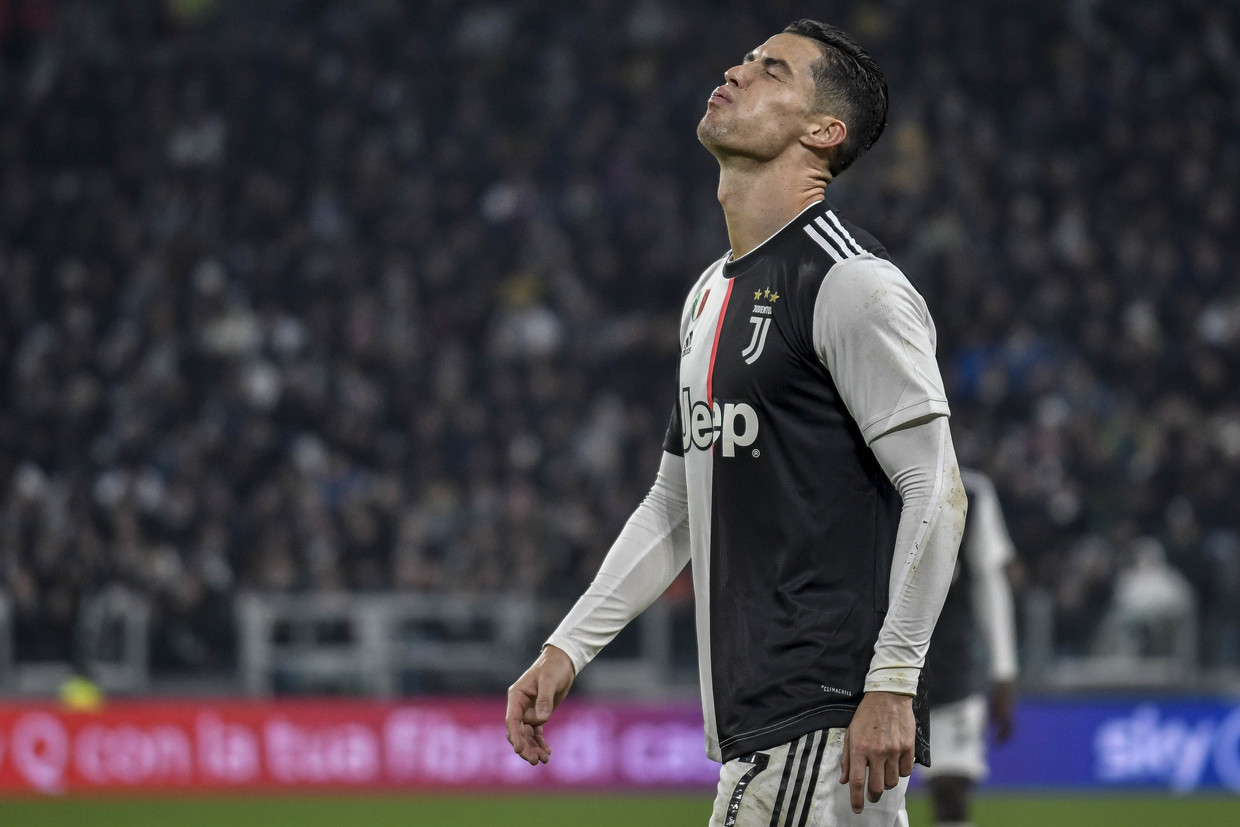 That is what Juventus fans have witnessed in their past two games, after their star number seven was hooked by manager Maurizio Sarri 55 minutes into the Serie A game against AC Milan on Sunday night. That followed Ronaldo being subbed in the 82nd minute of Juve’s Champions League clash against Lokomotiv Moscow in the Russian capital in mid-week.

In both cases Ronaldo was swapped for Argentine forward Paulo Dybala, and in both cases Juve went from being on level terms to winning the game without their supposed talisman on the pitch.
Against Lokomotiv it was Douglas Costa who handed them a late 2-1 win with fine goal in injury time, while in Turin on Sunday night it was Ronaldo’s replacement Dybala who broke the deadlock with a superb swerve and finish just inside the Milan penalty box in the 77th minute.

In Moscow, Ronaldo reacted to being replaced by appearing to snub Sarri, while at the Allianz Stadium he disappeared straight down the tunnel without even acknowledging the Juve manager. According to reports in Italy, the 34-year-old had left the stadium before the match had even ended, destined for Portugal and international duty.


Sarri, unsurprisingly, played down Ronaldo’s substitution afterwards by stating that he had been carrying an injury.
“We must thank Ronaldo, because he made a sacrifice to be there at all tonight in a difficult situation,” the Juve boss told Sky Sport Italia.
“He did everything possible to play, but I saw he was not well and thought it best to take him off. It’s only natural a player is going to be irritated to leave the pitch, especially when he worked so hard to be there.

“Over the last month, he has had this little knee problem, he had a knock in training and it hurt the collateral ligament... It is affecting his performances and he is not at his best at the moment,” Sarri added soothingly.
Footage widely shared on social media indicated that Ronaldo himself had signaled his discomfort and wish to come off; although others have speculated that he knew he was being hooked, and was merely trying to save face

Whatever the case, Ronaldo was unhappy at having to leave the pitch, for injury-enforced reasons or otherwise. He had been frustratingly off the pace against Milan before he left the fray, and against Lokomotiv in midweek – despite his free-kick leading to the opening goal – he was also far from his glittering best.
This is new territory for Ronaldo, a man who has had things on his own terms through so much of his career. That has been justifiable due to the immense contribution he has made to the teams he has been at, whether at Manchester United, Real Madrid, or in his first season at Juventus.
But the start of this season suggests that Ronaldo is struggling for form and possibly fitness. Given the wealth of talent Sarri has at his disposal through the likes of Dybala as well as Gonzalo Higuain, the 60-year-old boss will be less inclined to keep a misfiring Ronaldo on the pitch. Dybala was the game-changer against Milan, and also had a lively cameo when he was introduced against Lokomotiv.
Ronaldo himself indicated in a recent interview that, even for a man in such incredible shape as he is, he may need to manage the demands on his body as he enters the final stages of his career. He even went as far to say that, if it were up to him, he would save himself for the big games such as the Champions League.

rior to being substituted against Lokomotiv and then Milan, Ronaldo had played every minute of Juve’s Champions League campaign and every minute of the nine Serie A games he had been in the squad for (he was rested for the game against Lecce in October, while missed out due to injury against Brescia in September). He has six goals and two assists in 12 appearances this season, and is his team's top Serie A marksman.
Talk of Ronaldo's demise is clearly premature, and those rubbing their hands with glee at Ronaldo’s double substitution – mainly the Lionel Messi fanboys – are being precipitously smug. Former Juve and Real Madrid manager Fabio Capello said ludicrously on Italian TV after the game that Ronaldo "has not dribbled past anyone in three years" (a statement social media users were quick to debunk afterwards).
But something is clearly not right, and it will be a difficult balancing act for Sarri to keep his star man happy while ensuring he gives his team the best chance of winning. In recent games, that has been the case without Ronaldo on the pitch
There will likely be commercial pressures as well, given Ronaldo’s massive sponsorship clout and the boost he has already handed the club in that department. An unhappy Ronaldo will not be good look for the Juve marketing team.
It will come as anathema to a man as insanely driven as Ronaldo to accept that he cannot command a starting role for Juve. Any notion of him playing second fiddle to anyone – even as good as Dybala – will not sit well with a player who has won five Ballon D’Or titles.
But that may become the new reality as Sarri forges his new era at the Serie A giants, and while Ronaldo’s number is far from up in terms of his career, he – and football fans – may be seeing a board with a number 7 on it being held up far more often at Juve games.