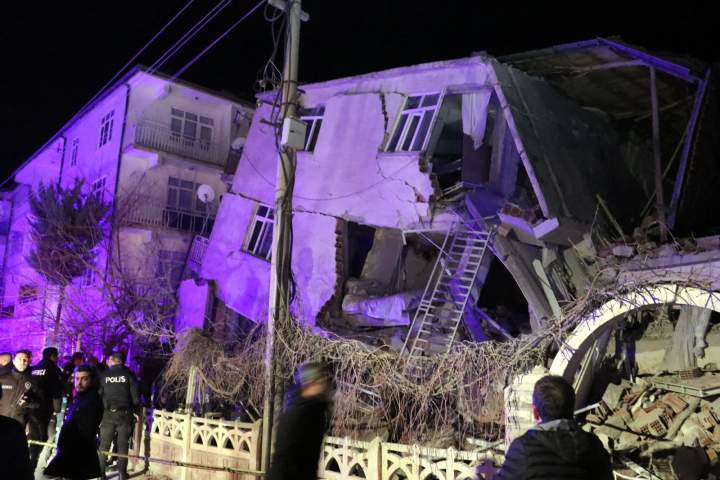 Suleyman Soylu said a total of four individuals lost their lives due to the quake while about a dozen people were injured.
The country's Disaster and Emergency Management Presidency (AFAD) first announced the quake with a magnitude of 6.8, but Kandilli Observatory and Earthquake Research Institute in Istanbul revised the figure to 6.5 shortly after.
"Search and rescue teams were sent to the region, and further information is yet to come," Soylu said, adding that some buildings in the city center were damaged.
He also said that rural villages might have suffered damage to some extent, without giving further details.
Turkish National Defense Minister Hulusi Akar said the army was ready to step into action if need be.
Davut Gul, the governor of Gaziantep province, said there were no life or material loss according to initial reports and offered condolences to locals.
Sanliurfa Governor Abdullah Erin said the situation did not look dire according to the initial reports, and added that the disaster agency stepped into action right after the incident.
Tuncay Sonel, the governor of Tunceli province, said the quake was felt in the province but it did not inflict heavy damage as authorities observed no casualties so far.
The quake was also felt in many other provinces including Adana, Osmaniye, Tunceli and Hatay. In addition, northern Syrian regions including Idlib, Azaz, Al-Bab, Jarabulus, Afrin and Tal Abyad also felt tremors.
This is not the first quake Turkey has observed in 2020 as a 5.4-magnitude quake jolted western province of Manisa on Wednesday, whereas the capital Ankara was rattled by a 4.5-magnitude quake on Thursday.
In 2010, Elazig province was hit by a 6-magnitude earthquake, killing a total of 51 people.